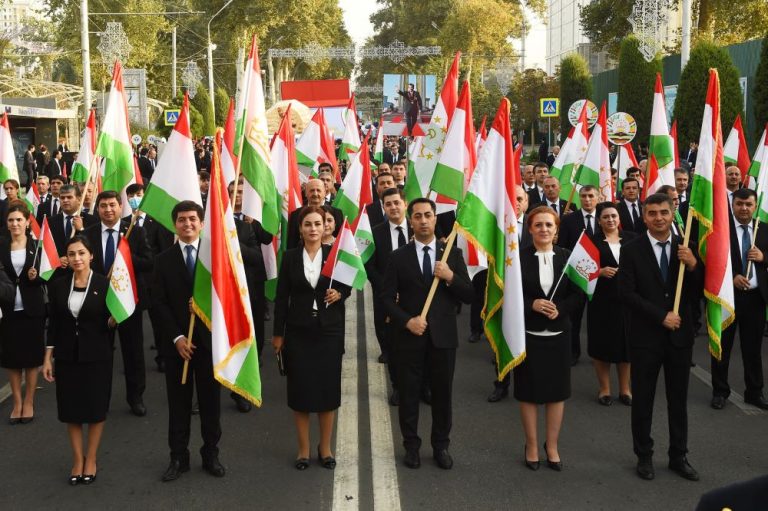 In today's society, the role of youth in the promotion of various sectors of the national economy is very important, because this segment of society has a fresh mind, which is an important increasing force of the economy and can ensure the widespread use of modern technology in production. Particularly in the Republic of Tajikistan, where the majority of the population is young, the Government of the country pays great attention to this part of the population.

In particular, the Founder of Peace and National Unity - Leader of the Nation, President of the Republic of Tajikistan Emomali Rahmon pays special attention in supporting young people and providing them with the new jobs, based on the use of information and communication technologies with knowledge of foreign languages and continuously create favorable working conditions for young people. The constant efforts of today's youth to take an active part in the development and prosperity of our beloved country give confidence that our youth with a high sense of national self-awareness and pride in the state will continue to devote all its efforts to protect independence, strengthen statehood and national unity. Peace and stability, further economic and social development of our beloved Motherland and strengthening its position among the developed countries.

These instructions of the Leader of the Nation, Emomali Rahmon to young people should be the main source of their work and daily activities in the era of globalization of relations, and fresh ideas of our youth will not allow extremist groups to pollute the clean air of our beloved homeland.

Using these instructions, our young people must strive to protect our beloved homeland of Tajikistan and fight against all forms of xenophobia. Our creative youth is proud of the history of our independent state and our ancestors, our national language and culture, and constantly strives to protect them from any harmful factors.

Our young people, refreshed by this attention of the Leader of the Nation, consider it their childhood duty to faithfully serve the Motherland, protect its borders and be vigilant in protecting the interests of the state and nation.

Young people must learn the lessons of Independence, be aware of today's politics, read the past and present history of their people and be proud of their homeland, nation, language and culture.

We must fully realize that we have a great responsibility to strengthen the foundations of national independence and build a strong democratic state, the future of the nation, security and stability of the country and the brightest values ​​of the great civilization of our ancestors.

Young people are the continuation of the ancient historical and cultural traditions of their nation, the source of great initiatives, the source of new ideas, the creator of the present and future destiny of independent Tajikistan.

This little land of ours is as sacred to the young and old as the apple of an eye, because each of us has grown up in this fertile land. As the apple of our eye, we must support this Motherland, we must appreciate it, because our ancestors with great suffering have left us a monument to this state and culture.

Also, with the direct support of the Leader of the Nation, the National Testing Center was put into operation and he stressed that "We have created all necessary conditions for the training of promising personnel of our country and are taking all necessary measures to select truly knowledgeable and promising youth."

We are confident that the Republic of Tajikistan in the near future will become an economically, socially and culturally advanced country, as the construction of roads, power stations, magnificent bridges and transport tunnels is a sign of development and prosperity, and it will connect us to all parts of the world. We, the youth, especially the students of Independence, will learn from the great son of Tajikistan, the Leader of the Nation Emomali Rahmon, and work to raise the prestige of our beloved Motherland for the prosperity of our beloved homeland Tajikistan and the rise of its prestige in today's world.

We- youth of Independence, welcome with great satisfaction the Law of the Republic of Tajikistan "On the Founder of Peace and National Unity - Leader of the Nation", unanimously support it and will faithfully serve our beloved Motherland.

Teachers of the Foreign Languages Department: