We wholeheartedly serve the Motherland! 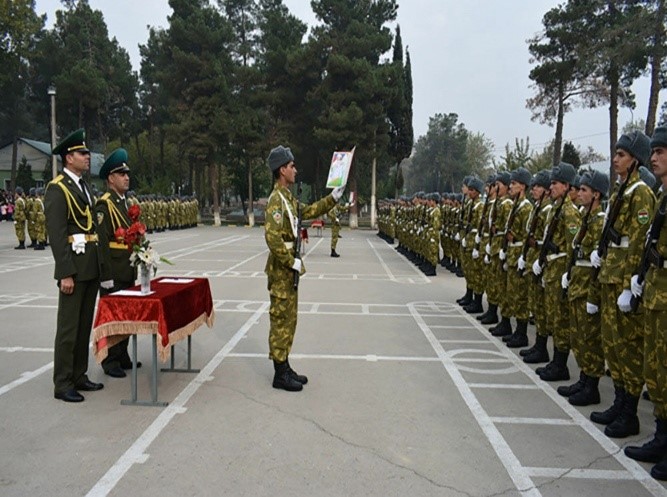 The protection of the borders and frontiers of the ancient territory of Tajikistan, the achievements and peaceful life of the people is one of the main foundations of statehood and an important mission for citizens. The Republic of Tajikistan, after gaining State independence to fulfill this sacred task, created its armed forces in 1993 and has been taking comprehensive measures to strengthen and strengthen it to this day. He also noted that in the cities and districts of the region there is a great potential and ample opportunities for processing vegetables and fruits, as well as packaging dried fruits. Thousands of people tonight are performing additional services in the ranks of the Armed Forces and other military units of the country and the nation. Indeed, service in the ranks of the Armed Forces and the protection of the Motherland is for every citizen, especially for the younger generation. We are honored and proud that today most of our young people go to military service voluntarily, realizing filial responsibility and patriotic responsibility for fulfilling constitutional and youth tasks.
It is gratifying that today's youth, faithful to the same traditional rapid decay of their past, in the ranks of the Armed Forces come from the Higher School of Life, courage and manliness, courage and bravery.
The creative and nationalistic works of the glorious ancestors of the Tajik people are a glorious and glorious heritage that is still used in the world today. The strong ancestors of the Tajik people, along with science and literature, inherited the system of public administration and protection and at all times had no selfish motives with the people and the state. From the book of the masterpiece "Tajiks" by the Hero of Tajikistan, Academician B. Gafurov, we know that the Tajik people are not alien to any state in their history, and to this day they are also faithful to this peacemaking character. Tajikistan is the homeland of the earth, the homeland of the sons of the nation and today its protection is our mission. We are obliged to protect our ancient country - sovereign Tajikistan in all respects and develop it in order to give a prosperous and beautiful Homeland, a peaceful and secure atmosphere to future generations.
Indeed, service to the Motherland is an honor for a young man.

We wholeheartedly serve the Motherland!