We are against drugs! 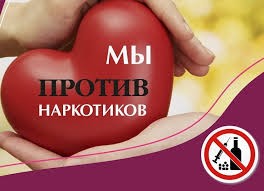 One of the actual problems of any state is drug addiction (from the Greek nark - stupor, mania - madness, passion) - a disease expressed in physical or mental dependence of the user on drugs, gradually leading to the destruction of his body. A debate on this topic was led with the students of the fourth-year students of the 22nd group of the Medical Faculty.

Drug addiction is directly related to the history of studying the qualities of certain plants. Through good intentions (to help the patient), mankind has discovered the anti-inflammatory, analgesic properties of some plants, but their side effects had been underestimated. Today there are not only vegetal, but also synthetic preparations. The keeping, supply and use of these substances is banned by many countries of the world. Nevertheless, given the considerable profits from their sale, the suppliers manage to hide them under the guise of various dosage forms (powders, liquids, pills).

Unfortunately, over 5000 drug addicts are officially recorded in Tajikistan, almost all of them are men (109 women were identified) between the ages of 35 and 50. Like in other countries, the number of people and indicators of crimes related to drugs are increasing every year. The fight against illegal trafficking of narcotic substances is constantly being conducted.

Considering the drug addiction leads to disability, personality degradation, increased crime, and an increase in the number of sick children, doctors and teachers must campaign against the use of drugs among youth.

Head of the department of dermatovenerology doctor of medical sciences Mukhamadieva K.M,

We are against drugs!