Watching the film "Defeating the Conspiracy” at ATSMU 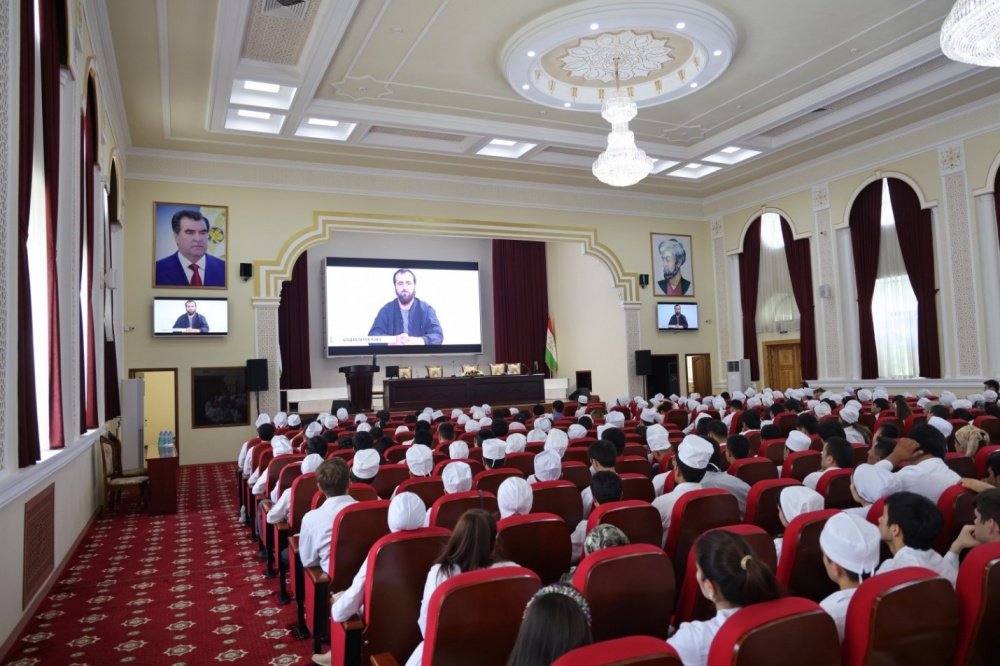 Today, June 02nd , 2022 in "Sino" hall of the Avicenna Tajik State Medical University has been screened a move “Defeating the Conspiracy” with the participation of faculty, staff and students.

Screened film shows that after the fruitful work of state organs it was revealed that the criminals of organized crime group in Badakhshan, including the disgusting faces of the nation Alim Sherzamonov and his associates Kholbash Kholbashev, Ulfatonim Mamadshoeva and several others, were killed. established constitutional order, hindered the activities of law enforcement agencies and endangered the population. According to the film " Defeating Conspiracy," which was broadcast on state television, it shows all the plans and goals of this criminal group, and clearly proves that this terrorist group and their criminal activities have a chain. Its leaders collaborated with terrorist and extremist organizations, putting their personal interests above all else, and for years sought to destabilize the country, but without success. Traditionally, it is said that “a bad man does not achieve his goal”.

After watching the film, there was a discussion and the audience shared a unanimous accusation of the criminal actions of the terrorist groups.

Watching the film "Defeating the Conspiracy” at ATSMU