The state of the cultural sphere in independent Tajikistan 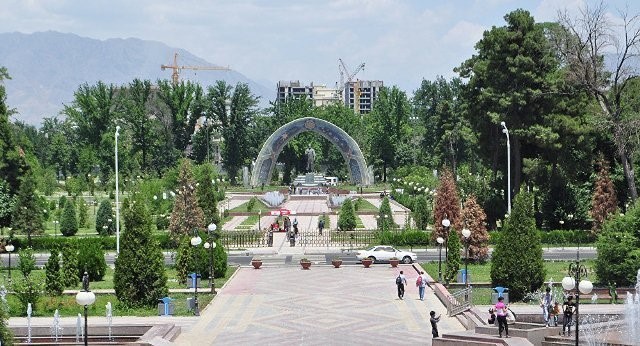 Independence is one of the most important achievements of the modern history and culture of the Tajiks, the era of maturation and development of all spheres of society and is the reason for self-awareness and the revival of national traditions. This very achievability allowed the Tajik people, first of all, to ensure peace and stability in the country, tranquility, a free creative and constructive atmosphere, to establish international relations at a high level, to represent Tajikistan on the world stage. Personalities have entered the field of history, culture and politics, which for not so long has saved us from the destruction of the fraternal war and created favorable ground for a bright future.

The achievement of state independence in the political, cultural and economic life of the country has led to radical changes. These radical changes are very much connected with the fruitful activities of two politicians, the creator of the rule of law, the lady of peace and unity, persistent national security, the head of state Emomali Rahmon, during this valiant war were also strong scientists and figures in various fields.

The material achievements of culture are primarily the arrangement and reconstruction at all levels of public life and the basic foundation of society. And to strengthen the design of this leg, people need to have high spirituality, strong knowledge and good physical strength.

In the city.Moscow signed the "Agreement on the establishment of peace and national accord in Tajikistan" on June 27, 1997. This agreement was one of the greatest cultural successes, a favorable basis for prosperity and development, creation and improvement in the country. The National Reconciliation Commission began its activities in Moscow, and then continued its activities in Dushanbe from September 1997 to April 2000. In December 2001, the project “National concept of education in the Republic of Tajikistan” was put up for public discussion. One of the important government and State plans is the restoration of all cultural schools and institutions destroyed as a result of the war, strengthening the material and technical base, covering all students and students, teachers and returning to their jobs. The Government of the country attaches great importance to the development of academic sciences, at the initiative of the Leader of the Nation, respected Emomali Rahmon, the Academy of Sciences of Universities of Tajikistan was established, whose task is to support and direct the scientific capabilities of scientists, young qualified specialists. "Today, the state's efforts are aimed at the development and material support of the physical infrastructure of culture, support of theaters, youth cultural centers, libraries, publication of educational and methodological literature, provision of educational, sports and various programs for the formation of moral and spiritual values, healthy lifestyle “"One of the positive phenomena during this period was the creation of television programs"Safina","Bakhoriston"," capital" and " direct image", which affected cultural life."

The most important task of modern culture is, first of all, the proper education of young people in the spirit of humanism, patriotism, diligence, friendship, mutual understanding, awakening of national identity and veneration of cultural values and national shrines.

Teacher of the department

The state of the cultural sphere in independent Tajikistan