The state independence in the field of roads and transport of the country has been reformed! 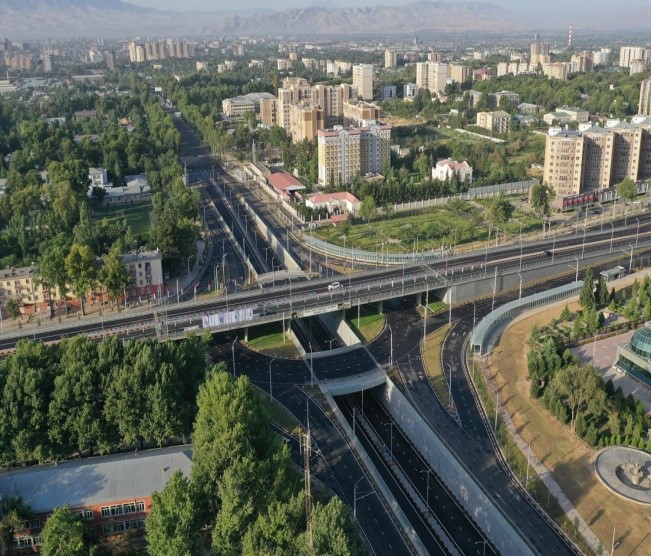 At the new historical stage of the development of the country's economy, at first there was a need to create a transport infrastructure, the leadership of the state and the Government of the Republic of Tajikistan identified the station as a strategic direction from the communication isolation. The consequence of this strategy is the greatest success of the Tajik people, thanks to which Tajikistan has now become one truly unified territory, ensures the free movement of residents of all regions of the country and the transportation of goods and products in four seasons of the year. In the conditions of Tajikistan, 93 percent of its territory is made up of mountains, the spheres of transport and communication are of great importance for ensuring socio-economic development. During the period of independence, more than 2,100 km of highways of international and national significance and more than 1,000 kilometers of domestic highways were built and reconstructed in the country. In 2018 alone, the construction and reconstruction of about 200 kilometers of domestic and international roads and 45 bridges were completed.

It should be noted that the state independence in the field of roads and transport of the country has undergone serious reforms. During this period, the reconstruction and commissioning of the Ozodi, Istiqlol, Khatlon and Shahristan tunnels, the Dushanbe - Buston - Chanak, Dushanbe - Nurobod – Lakhsh - Saritosh, Dushanbe- Dangara highways, 6 bridges-a bridge on the bank of the Panj River, the Dushanbe – Khatlon railway, the Dushanbe – Tursunzade, Aini-Penjikent, Vose highways – Hovaling, reconstruction and modernization of the capital's roads and the construction of overpasses in the city of Dushanbe is the highest evidence of the development of road construction in the country, as a result of which Tajikistan has turned into one single territory that provides constant travel to all regions of the country and in four directions of neighboring states. In particular, in recent years, as a result of the construction of international highways and the connection of Tajikistan with the roads of the People's Republic of China, the Islamic Republic of Afghanistan, the Kyrgyz Republic, the opening of a railway and 16 border roads with the Republic of Uzbekistan, our country has emerged from communication isolation, and the second strategic goal has been implemented.

Most of Tajikistan's structures are of a regional and international nature and provide the republic with access to seaports and transit roads of other countries. The railways and highways of Tajikistan are carried out in accordance with the norms of world road construction and are evaluated by international organizations and experts. According to the rating of the World Economic Forum, within the framework of indicators of international competitiveness, Tajikistan occupies a good position in terms of road quality and infrastructure development and is rated as an advanced country in the region in this direction.

It should be noted that the Republic of Tajikistan has emerged from the communication impasse not only from the communication impasse, but also has become a developing country. This is far from the day when Tajikistan is on a par with the developed countries of the region and the world. This hope will become an honest and creative policy of the leader of the nation, the respected Emomali Rahmon, every year.

The state independence in the field of roads and transport of the country has been reformed!