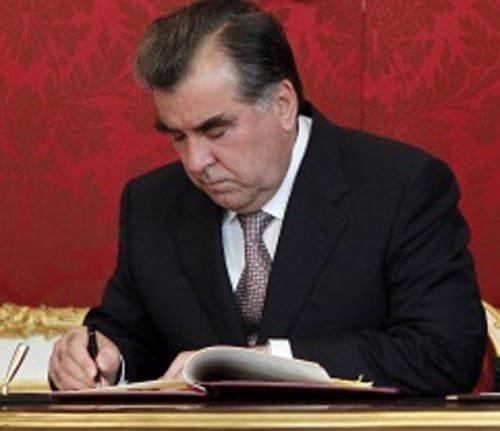 The book ” Tajiks in the Mirror of History " is not a simple book about the history of Central Asia. It represents a very personal opinion on the history and essence of their impressions and impressions of modern Tajiks, who have deep roots in Persian culture and history. No one knows or understands the problems faced by the State of Tajikistan after the collapse of the Soviet Union. Bobby is the first to form the period of filling, which led to the formation of modern Tajikistan and the strengthening of the originality of the Tajiks. In some cases, in the book, the place of the Republic of Tajikistan in the modern world is expressed in the light of its new history, and Emomali Rahmon discussed the main issues of democracy and national unity.

The book consists of two parts of the phrase. The first part of it is patronized by the cultural and ancient origin of the Tajik world, and the second part is devoted to the formation of Persian and Hindu or Aryan statehood. Let's first explain the second part of the book. The first chapter is devoted to Tajikistan in the light of the events of the 20th and 21st centuries, the collapse of the Soviet Union and the civil war. By combining historical events with primary experiences and personal thoughts and events, this bobby presents the reader with a very individual and effective method. At the same time, the reader is confronted with a deep understanding of ancient history, which is provided by the education system and recognized as a permanent version of the political and cultural visits of the modern state. Sebob, referring to mountain history, discusses the states of Hahomanishiho, Salevkidho and Turonians respectively, paying special attention to their political and administrative system.

The first part of the book is devoted to the culture and history of the Tajiks. It begins with a short-term discussion about the Great Silk Road, the name of which has been mostly popular since the Parthian period, while trade along this route began to grow much earlier. Already in Badakhshan there are autonomous and provincial departments, which indicates the central position of Tajikistan in the network of trade roads. The ongoing construction of modern roads connecting the territory of China with the states of Central Asia and the Middle East will change the position of Tajikistan as a major transport center of the trade network. Like the Silk Road, the Vakhsh River also has a special significance. Huge Hellenistic structures with temples and fortresses were built on the banks of the river, which will extinguish through the mountains. The most famous treasure, which is currently kept in the British Museum in London, is one of many treasures that attests to the vibrant developed society of this part of Asia. The essence of Avestan and the development of the Zoroastrian religion are also studied in these regions. While many sacred texts were written in the era of the Jews or at the beginning of Islamic history, they reflect an older picture and much older religions. Zoroastrian, who, according to some, proclaimed many of these holy beliefs, most likely lived in Tyumen in the 7th century. At the same time, the reader is presented not only facts, figures, but also tells how exactly Emomali Rahmon was familiar with this historical information, how he found scientific papers in journals available to the collective farm, how much he was fascinated by reading such tags.

Reading about the Zoroastrian religion is only a small step towards the works of Islamic historians, scholars and poets such as Al-Baruni and Al-Masudi. One of the most impressive works is undoubtedly the poem by Abulkasim Firdavsi (T. ss. Remain 940-1020), which describes the rich Persian rich history from its formation to the fall of Somoniyon by the Arabs in the middle of the 7th century. Firdavsi was inspired by history, collected early historical artifacts, mythological legends, Avesto elements and other apricot texts in an epic story containing almost 60,000 scriptures. Along with the fact that he clearly states the past periods, his thoughts about the ancient royal dynasties are contradictory. Emomali Rahmon historians such as Yu. Yakubov, supports the historical development of some of these myths and early dynasties stolen from the ancient Tajik empire.

Chess is a symbol of the Persian heritage, which, as it were, shared the language and culture, expresses the feelings that Emomali Rahmon will enter the Land of Iran. The history of Tajikistan is mostly determined by the Somoniyon dynasty, but is part of a broader Persian culture with the most ancient roots. Emomali Rahmon offers the reader to understand how our emerging Tajik people consider their essence and their origins, and therefore the title of the book says "in the mirror of history". This book is a fascinating read for those who want to understand the Tajik style of thinking and their views on various concepts such as national origin and economic development. The author offers the reader a special view of another world. This book is a must-have for any politician, entrepreneur, scientist or simple website of interest to the Persian language world or Central Asia. It describes the continuation of the formation of most of the current history of Tajikistan by traditions and historical concepts.