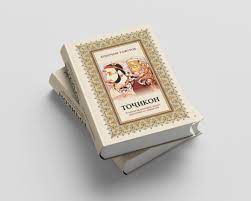 It is impossible to build a future without knowing the history of our people. The history of mankind shows that the Tajik people have long been known as a creative people and continue this ancient tradition. The great sons of the Tajik people have always shown heroism, defending the ancestral lands and national values of the Tajik people with honor, dignity, loyalty and courage. In the formation of every nation and people there are great men whose names will never be forgotten by the people. Perhaps, there are many such personalities in the history of civilization of the Tajik people, and they are the pride not only of our people, but also of the peoples of the world. Academician Bobojon Gafurov is an honorary member of scientific organizations of foreign countries, an honorary doctor of a number of prestigious domestic and foreign organizations and universities, a laureate. Javohirlal Nehru, who has received international awards and honors from foreign countries, is one of the great men of the Tajik nation, who with the writing of the priceless masterpiece, "Tajiks", represents the Tajik nation as a civilized and historical nation before the past, present and future generations. In 1972, Academician Bobojon Gafurov's book “Tajiks”, was published and rapidly became popular. The hero of the Tajik people, Academician Bobojon Gafurov worked hard to write the book "Tajiks," which is considered the passport of the Tajik people. During the years of research and development of this masterpiece, people-haters were found and created obstacles to the historical and research activities of Bobojon Gafurov. This group of short-sighted people wanted not the fundamental values and the continuation of the formation and creation of the Tajik people were written as a book and a source for future generations, and a great son of the nation academician Bobojon Gafurov, despite these difficulties, showed that it consists of an introduction and 6 chapters. This masterpiece, from the construction of primitive society to the accession of the Tajiks to Russia, contains accurate information, with important historical dates and events.

The President of the Republic of Tajikistan, the Leader of the Nation Emomali Rahmon on the occasion of the 100th anniversary of the birth of Academician Bobojon Gafurov in 2008 emphasized in his speech: "The book 'Tajiks' was a flame that illuminated the dark pages of the history of the Tajik people."

Bobojon Gafurov effectively has used more than 2,000 native and foreign sources, monographs, pamphlets, and scholarly articles to write his masterpiece "Tajiks”. Along with Abulqasim Firdavsi's “Shahnoma”, Abu Bakr Narshahi's “History of Bukhara”, and Nizomulmulk's “Politics”, this book will serve as the passport of the Tajik people for centuries to come. There are few political leaders or politicians in history continue two jobs at the same time, namely scientific and managerial professions. Happily, Bobojon Gafurov was both a sociologist and a wise and kind leader. If in his leadership activities he made consistent efforts for the establishment and prosperity of Tajikistan, in his scientific activities he created the science of national history and oriental studies and devoted himself to the development and generalization of the rich history and culture of the Tajik people. During his prosperous life Bobojon Gafurov has left many cultural and historical monuments, the number of which can be estimated at about 400. Among these valuable masterpieces are such unique masterpieces as " Tajiks," "A Brief History of the Tajik People," "The Kushan Period and World Civilization," and "A Study of Central Asian Civilization, "Historical Ties of Central Asia with the Arab East. ", "Al Pharaoh in the History of Civilization," and "Alexander Great and the East". The book "Tajiks" by the great philosopher, Hero of Tajikistan Bobojon Gafurov is the best and most indelible historical example, which has not lost its value over the years and its life will be eternal. It shows history of not only the Tajik people, but also of all mankind. President of the Republic of Tajikistan, Leader of the Nation Emomali Rahmon in his address to the Majlisi Oli of the Republic of Tajikistan (26.12.2019) emphasized: "We must know who our ancestors are. We must respect them and be proud of our Aryan ancestry”.

In this regard, the Government is instructed to publish the book "Tajiks" at the expense of the Fund of the President of the Republic of Tajikistan for in-depth study of the glorious history of the Tajik people, a masterpiece of Bobojon Gafurov. Let the state independence be presented to each family of the country on behalf of the Head of State".

This generous, humane and far-sighted initiative of the head of state, once again demonstrating respect for national history and culture and the noble sons of the nation, has been realized. In light of the visionary policy of the President of the Republic of Tajikistan, the respected Emomali Rahmon, we, Tajiks, need to know and appreciate the glorious history of our people, to study the bright pages of heroism and bravery of our ancestors and to promote it. as the basis of patriotism and devotion to the homeland.

The scientific value of this fundamental work is enormous. Bobojon Gafurov introduced us and to the people of the world the pages of the colorful history of our people through his many years of diligent work. The main result of many years of hard work of academician Bobojon Gafurov in the field of historiography is that he proved that the Tajik people are the most ancient people of Central Asia and Aryans, a wise man who contributed to the formation of national consciousness of the Tajik people. Bobojon Gafurov is a beloved son of the motherland and the Tajik people. We can say with confidence that the good name of this great historian of the people and the nation will live forever in the memory of generations of the ancient, cultural and civilized Tajik nation.