The people's toilet from this house becomes unusable... 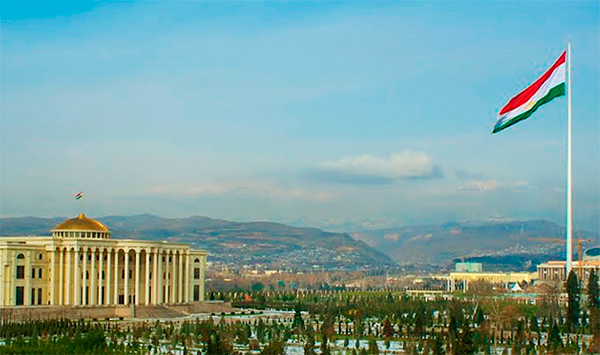 The current situation in Afghanistan, which poses a great danger to the region and the international community, causes concern to civil society and it seems that extremism, extremism and hardening tend to spread in all parts of the world. In fact, recent events in the world indicate that in the Middle East, North Africa and many European countries, terrorism and extremism have become a primary threat and are shaking the world community. Tajikistan is a country located in the heart of Central Asia, which borders Afghanistan and China, Kyrgyzstan and Uzbekistan. The great thinker Ernest Hemingway said:”if there is any war, it will be a war between civilizations, and the most violent will be the conflict and the conflict on the border between civilizations." Due to the destabilization of the situation in Afghanistan, it is time for us to be more vigilant and not allow ourselves to break through along the border of our beloved country. Naturally, each of the most powerful states will strive to promote its political interests and ideological values in our newly built state. At any time, it becomes clear that a person acting as a toy of the hands of others receives knowledge and knowledge, and also does not want to patronize religion, relatives, Homeland, nation, and even his parents for them.

At the same time, some of the unauthorized areas received consultations about the implementation of any scandalous plans and intentions to their owners who want to destabilize the country. Our people are well aware that mainly extremist organizations, under the influence of their political goals, profess people's religious beliefs and become citizens, especially young people. We, the Tajiks, are constantly expanding the horizons of the activities of terrorist organizations, including in our neighboring Afghanistan, and we have aggravated the situation. Unfortunately, most of these actions are under the guise of duty-free slogans and religious values. The reasons and factors for the pledge of citizens, especially young people, are very numerous in extremist parties and movements, but, first of all, it is the inability, excitement, lack of a political situation in the world, disagreement with extremism, falling into the trap and influence of random people, the desire to earn a profitable currency, and most importantly - the lack of sufficient religious and secular knowledge.

In connection with the current situation in the world, one of the priority areas of State policy is the fight against extremism and terrorism. Since the beginning of independence 30 years later, Tajikistan has been paying special attention to one of the important problems - ensuring regional and national security. The Republic of Tajikistan, as a member of the Organization for Combating Extremism, takes all measures to prevent this trend. Therefore, our state, in the international arena, is an active participant in the fight against manifestations of terrorism and extremism.

The people of wisdom, freedom and the Tajik people will once again witness today that peace and tranquility and loyalty to their Homeland are felt. All the happiness of the Tajik nation consists in the fact that we are independent and make our aspirations in our Homeland. Therefore, every conscious and patriotic person should be committed to protecting the authenticity of the past and preserving the integrity of the Motherland, preserving the integrity of the Motherland, the security of peace, tranquility, independence and national unity-applying the maximum efforts of the Leader of the nation, the land, the territorial integrity of his land and a worthy desire for a worthy celebration of the Independence Day of the Republic.

The people's toilet from this house becomes unusable...