The national flag is the pride of every citizen 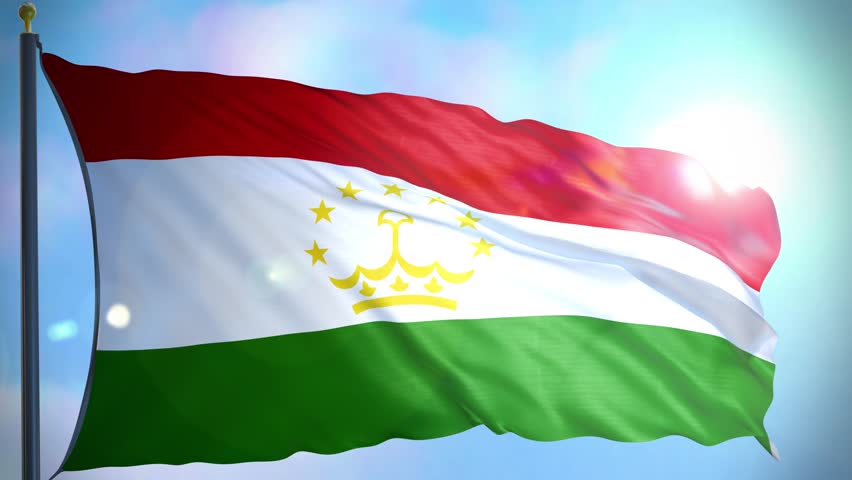 The national flag of Tajikistan was officially adopted in 1992. It consists of three horizontal lines which the upper line on the flag is red, the middle stripe is white, and the lower stripe is green. The red stripe of the flag represents the sun, victory and triumph. The white is the moral purity of the people, the snow on the cloud tops of the mountains, which occupy 93 percent of the white colors represent the moral purity of the nation and the snow on the mountain tops, which occupy 93 percent of Tajikistan's territory, and almost half of this territory is at an altitude of more than 3,000 meters.

The white color reflects the natural characteristic of the republic. The green stripe is a symbol of the spiritual essence of Islam. The green color on the flag symbolizes the national holiday of Navruz (the New Year, which is celebrated March 21-22). The days of Navruz mark the beginning of agricultural work, as green is the color of sprouted wheat grains and a symbol of nature's bounty. The crown on the flag represents the Tajik people; in Tajik language, "tajvar" means "crown”.

In traditional Tajik culture, the magic number "seven" is a symbol of perfection, the embodiment of happiness and virtues. This understanding comes from an ancient Tajik belief, according to which the heavens consist of seven beautiful gardens surrounded by seven mountains, above each of which a star shines. In the flag of Tajikistan there is a certain similarity in style and color palette with the national flag of Iran, this is explained by the fact that both states are inhabited by related Indo-Aryan peoples.

In 2011, the Guinness Book of World Records recognized the flagpole opened in the capital of Tajikistan as the highest in the world. The certificate was presented to the president of the republic by a representative of the Book, David Chambers.

The national flag is the pride of every citizen