The greatness of the MOTHER 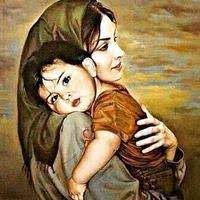 International Women's Day, celebrated every year on 8 March, has a long history. It is recognised around the world as a national symbol, a defence of women's rights and responsibilities, and is celebrated with great solemnity. According to some experts, International Women's Day is one of the achievements of the struggle and movement of women to defend their rights. Because if Victory Day is recognised as sacred and important, and International Workers' Day is celebrated on that basis, then Women's Day should be on the same line. Despite celebrating spring and beauty, International Women's Day is a historical and political holiday. Therefore, 8 March is not only the gift of flowers and gifts for women, but also the recognition of women as human beings, the recognition of women's rights and freedoms alongside those of men and equal opportunities for her daily work.

This holiday honours the best traditions of history, the Tajik worldview and demonstrates respect for the greatness of mothers. Mother's Day unites all the people of our country. In today's world, we only need to elevate the status of women. Although there is a women's holiday, March 8, all over the country, it does not reflect the importance of honouring mothers and women in general in the history of the country. There is no country in the world where Mother's Day is not celebrated. Mothers have always been respected because they are the creator and source of life.

Mother's Day is a very young holiday in Tajikistan. But the fact that mothers' work is appreciated is very important to every woman in our country. On this day it has become a tradition to give presents to mothers and praise them. Needless to say, our mothers deserve the highest praise. Every country has its own traditions and history. One thing remains the same for all - a woman, a mother, is respected. In today's world, where violence is rampant, family is a major concern. Mothers are the backbone of every family. Only a mother is capable of sacrificing herself for her children, a mother's devotion is only astounding, her compassion so great that it sometimes borders on something dangerous. All that a mother is capable of, all that she can give us, cannot be measured in material terms. A woman, though socially elevated, does not replace this success with a mother's joy. A mother can forgive every act of her children, she can analyse everything correctly. And the more a mother relates to her baby, the more she relates to people and her children in adulthood. In recent years the younger generation has been more oppressive than the older generation. Sometimes there is injustice in society towards parents, towards mothers. We wish that the mothers of the world would never be oppressed and would always be free and proud to contribute to the education of an educated person.

Teachers of the Foreign Languages Department:

The greatness of the MOTHER