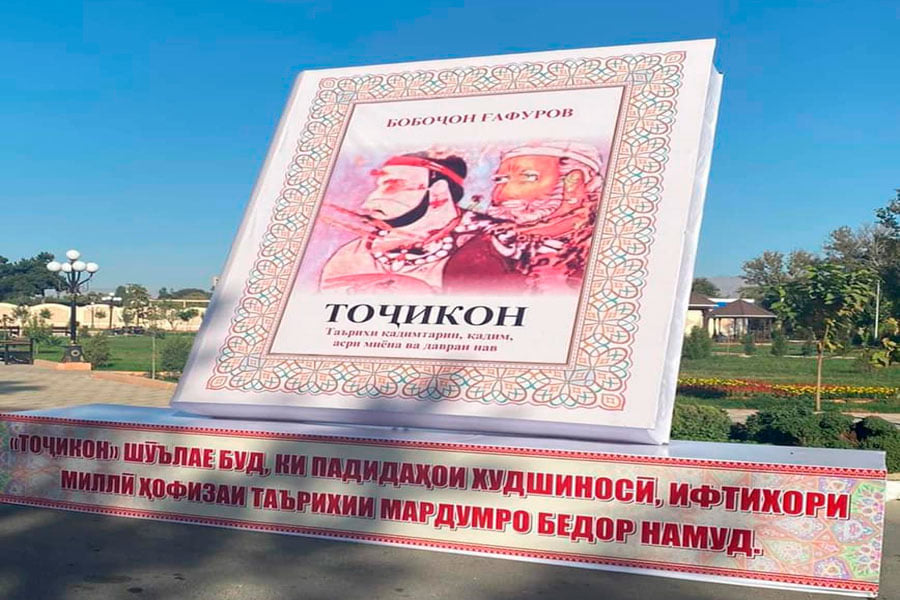 Having learned the rich history of the Tajik people by reading academic Babajon Gafurov's masterpiece, the book "Tajikon" is a source of pride for every humanist and patriot. The book "Tajikon" by Bobojon Gafurov fully covers the periods of historical formation of the Tajik nation, is an eternal symbol of the ancient and civilized Tajik nation, is considered an irrefutable proof for the present and future generations of Tajikistan and the world. . The study of history in the era of globalization is considered an essential factor in the direction of self-knowledge and national consciousness. The proud history of the Tajik people is a great school of self-knowledge, and to do justice to it is the mission of every Tajik.

In honor of the 115th anniversary of academician Bobojon Gafurov, with the purpose of paying tribute to the glorious history of the Tajik people, extensive and comprehensive study of worthy achievements of the Tajik people throughout history, strengthening the sense of national identity and self-consciousness, reviving historical memory and thereby better understanding the role of the ancient Tajik nation and cultural figures in the development of human civilization, which with irrefutable evidence and based on scientific and historical sources is reflected in the tireless and valuable book contest "Tajikon - a mirror of the nation's history". Educational and patriotic initiatives of the President of the Republic of Tajikistan, distinguished Emomali Rahmon by giving every Tajik family the book "Tajikon" by academician Bobojon Gafurov was supported by the society of the country, as a timely and important step to pay tribute to the proud past of the history of the Tajik people.

According to the information, the population of the country, including students of general educational institutions, students of institutions of primary, secondary and higher professional education, teachers of all levels of education, figures of culture and art, adults, representatives of various professions and other segments of the population of the country, except teachers of history of all levels of education and scientists and researchers in the field of history took part in the competition. The competition consists of four rounds and will be organized and held from February 2023 to December 2023.

Academician Bobodzhan Gafurov's masterpiece Tajikon is known not only in national historiography, but also in foreign countries. It is recognized as a very important phenomenon and a reliable source.