The Constitution is the code of our life cycle! 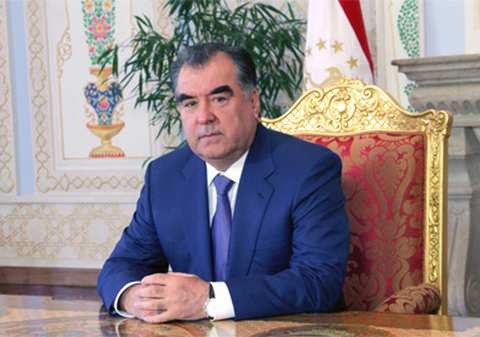 The Constitution, in which the Constitution manifests itself, is the main legal source of the highest authority and occupies the highest place in the legal system of Tajikistan. An official document of public and state significance, that is, an important political document that addresses the main issues of state power, the foundations of the socio-economic structure of society, the legal status of a person and a citizen, the state structure and other vital state and public issues. The adoption of the Constitution determines the socio-economic and political factors of society, that is, the forms of ownership and organization of economic activity, the relationship of the Individual with the state, their most important rights and obligations, the balance of forces, social groups of society in the political system. Each Constitution, regardless of the social system of the state, performs constituent, organizational, external, ideological and legal functions.

It is attended by the Prosecutor General of the Republic of Tajikistan and his deputies, as well as deputies, heads of departments of the executive body of state power of the region and other regional structures, law enforcement agencies, chairmen of cities and districts, jamoats, settlements and other persons. The legislative base of the Constitution is manifested both in the socio-political system and in specific state, legal phenomena.

History shows that in Tajikistan from 1929 to today, 5 times, that is, in 1929, 1931, 1937, 1978 and 1994, various Constitutions were adopted, the new Constitution of the Republic of Tajikistan is fundamentally different from previous constitutions, its norms act directly and comply with the standards of acts of international legal norms.

Accelerated changes in the state of the modern world, the intensity of accelerated political conflicts, the financial and economic crisis and the increasing risks and threats from terrorist and extremist elements in many countries of the world require that each State, in order to protect and ensure political peace and stability, national and state interests, strengthen and improve the future of the Motherland, sustainable and stable socio-economic development and create favorable conditions for the well-being of citizens, direct all its efforts.

Tajikistan, under the leadership of the founder of peace and national unity, Leader of the Nation, President of the Republic of Tajikistan Emomali Rahmon, is making every effort in this direction.

The realization of these goals by strengthening the legal foundations of society's relations, improving legislation in connection with the requirements of modernity makes it possible to ensure the regulation of public relations, the rule of law and the rule of law on the basis of peace and stability in society.

The drafting and adoption of the Constitution of the Republic of Tajikistan in the political, economic, social and cultural life of the Tajik state was an important and historical event. This opened up human rights and freedoms as the main source of society's progress, the founder of the country's stability, unity and unity of the state and the nation. In the Constitution of the Republic of Tajikistan, recognition and respect for national values, traditions and rituals in the contradictory process of globalization was called a real factor of stability and strengthening of independence. Indeed, in a traditional society formed over centuries by specific traditions, a fair and sustainable system based on legal norms is being ensured. Such a regime, namely the Constitution of the Republic of Tajikistan, recognizing this mission by virtue of one basic law and compliance with international norms. By virtue of the Basic Law, it regulates all activities of the state and statehood, protects the rights, freedoms and interests of citizens. Most importantly, the leadership for today and tomorrow of the state and the nation, as a fateful fate, protects us and leads to a better and brighter future of sovereign Tajikistan.

It can be stated with confidence that the Constitution Day of the Republic of Tajikistan as a national holiday will give a new impetus to the further development of self-awareness and self-knowledge, national unity, a sense of patriotism and pride in the patriotism of every worthy person of independent Tajikistan.

The Constitution is the code of our life cycle!