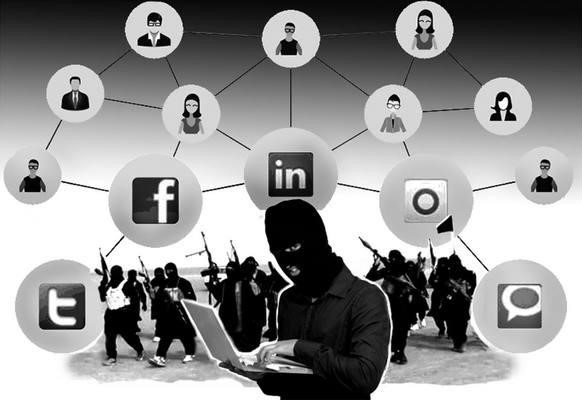 Extremism or secular extremism has political, economic and ideological forms and there is religious extremism within all religions-Islam, Christianity, Buddhism, etc. Extremism and terrorism are concepts that have become the Virgin language of everyone in today's world, and these two concepts are interrelated. The development of extremism will eventually lead to terrorism. The term "terrorism" comes from the Latin word " tеrrоr" which means "fear and panic". Terrorists want to realize their goal and their goals through violence, murder, fear. The interpretation of the Criminal Code of the Republic of Tajikistan and its objectives states: "the purpose of terrorism is to prevent violations of public security, intimidate people, introduce them into the composition and analysis of the population, through which to exert pressure on state bodies. Such actions are the ultimate goal of offenders in forcing state bodies to make an illegal decision that meets their interests, or in a sharp goal of the image and authority of state bodies.”

At the meeting, the official delegation of the border guards of the Republic of Uzbekistan was headed by the First Deputy commander of the border troops, Chief of the General Staff of the Border Troops of the National Security Service of the Republic of Uzbekistan, Major General N. I. Usmanbekov, the head of the official delegation of the Tajik side was the first Deputy commander of the border troops-Chief of the General Staff of the border Troops of the National Security Service of the Republic of Tajikistan, Colonel H. T. Safarov. Now the gap between the state and Muslim territories is growing, extremist thoughts and ideologies are being formed that are alien to Islam, but with an Islamic name, causing the disintegration of Muslims and turning them into whole and hostile groups. And he [the Prophet Jesus] prays to another [unbeliever] (from among the people) (to distinguish truth from falsehood) and accepts (that) faith [Islam] against his messenger [the believer]. Extremist groups under the guise of Islam incite the worst and negative acts, including mass murder, mistreatment of women and girls, the destruction of nations, the fire of Muslim homes, the expulsion of mosques, the slavery of women and children, the use of all types of weapons against Muslims, divorce and ruin of people in the name of Islam capture young people, hundreds and thousands of other injustices. Analysts perceive a critical situation based on the fact that the use of military movements and security cannot solve the problem, and they should study the causes and roots of the disease. The actual situation requires all the leaders of the countries of the world, especially Muslims, scientists and thinkers with high knowledge and using scientific research, holding conferences, constructive scientific-correct, honest and covering all its intellectual, economic and social aspects. It should be said that terrorism has taken on an international appearance in recent years and has united small groups. In this case, the success of the ASR can be thwarted only with a global coalition and a dedicated struggle of all countries of the world. However, as long as some forces even use terrorists both to achieve their geopolitical goals, and there is a double standard in the world in relation to terrorism, the world community cannot count on the world of terrorism. The sad point is that today not only the almighty, but also the neighboring countries of the Islamic world also have a double attitude to the problem of terrorism. A group that, according to the terrorist of a country, in the vision of another country, is considered the leader of Freedom or vice versa. This is because even an Islamic country continues to overlook the bloody scene of war in another Islamic country just because its rival is weakened in this country. The use of a "double policy" in relation to terrorism and extremism significantly reduces the effectiveness of the efforts of the world community in the joint fight against these phenomena, but, on the contrary, creates new contradictions between military and political coalitions and further destabilizes the world situation."

It should be noted that independent Tajikistan in the nineties of the last century faced tragic events against extremism and terrorism, and huge damage was caused to life and property. The modern process of globalization has also engulfed the society of Tajikistan. Today, Tajikistan is a member of a number of anti-terrorist organizations. Since the first days of its new statehood, Tajikistan has condemned these crimes and made amendments and additions to the relevant existing laws, joining international State and non-State organizations in this process, strongly condemning all manifestations of terrorism and extremism. It should be noted that Tajiks have always been in the state power against manifestations of terrorism and extremism.

Today, the Republic of Tajikistan is an active participant in the international arena in the fight against manifestations of terrorism and extremism, and supports its proposals. For the not so long history of its statehood in the conditions of independence, the law enforcement agencies of the Republic of Tajikistan have earned in the fight against these negative phenomena, and today they continue to fight. Our republic is not indifferent in the fight against extremism and terrorism in the region and on the world stage, it takes a serious and stable position, wishing close cooperation with the countries of the world, authoritative international organizations.

Despite the fact that the fight against terrorism and extremism is the main task of law enforcement agencies and law enforcement agencies, at the same time, it is necessary to fully support citizens. In order for the tendency to fall away from young people to such extremist processes, it is necessary to strengthen the sense of patriotism, knowledge and love for the profession and skill among the younger generation of institutions of primary, secondary and higher vocational education. To counter extremism and terrorism, we must be responsible by all layers of society, cooperate with law enforcement agencies, and preserve the security of the people from the influence of this century.