Tajikistan only the Tajiks are ennobling their 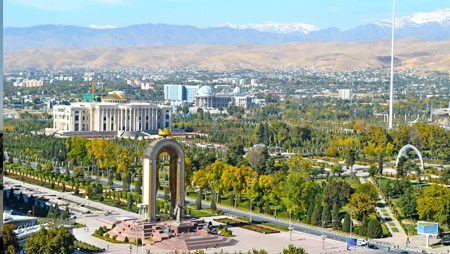 Now that we are on the threshold of celebrating independence, we should be in this joyful mood and not worry about fate. Today, the Government of the country is making efforts to create a healthy and self-conscious generation, and at this sensitive and historical stage makes a significant contribution to the development and improvement of moral life.

Our century is a huge problem, because, on the one hand, political trends and trends, on the other, the ideologies of some religious groups and Islamic movements are the main path of the current generation. If we look at the history of the thirty years of our independence, these different figures have repeatedly turned to different faces with other people on national stratification and denunciation. They still trade for political, religious affiliation, about the fate of the nation. History shows that political and religious differences arise from forces and coercion. There is still no political system that can determine and reveal the source of the origin of this conflict.

Different political and religious sectors have different grounds, which is also a dangerous place. Although unlikely and experienced in clients of reason and very little religious awareness. Today we are witnessing that people, especially young people, are being propagandized with the help of religious feelings and the name of Islam. On this basis, national self-consciousness is a necessary condition for the existence of a nation. In each specific case, we can get our existence and strive for our goal and our goal. At the same time, as in other countries of the world, there was a disagreement between China and Kyrgyzstan.

Our state independence, which became a country thirty years ago, is an achievement of the nation, and its respect is very important. From a historical point of view, Tajikistan has experienced golden periods of development, especially in the arena of science and culture. This country is capable of developing and improving stability. Today we are under the flag of independence and bind ourselves sincerely and faithfully on the path of independence, which is the intersection of peace and stability. Today, our current statehood is a rare phenomenon on the stage of human history, which comes from the rich past of our statehood. Creation and improvement is the result of independence.

So, the Tajik people, led by the founder of peace and national unity - the Leader of the nation, the respected Emomali Rahmon, have been living in an atmosphere of peace, stability and solidarity for 30 years again. The leader of the nation, respected Emomali Rahmon, noted that " the Tajiks only build their own landscaping, and not someone else's." He noted that in the cities and districts of the region there is a great potential and wide opportunities for processing vegetables and fruits, as well as packaging dried fruits. The maintenance of this national unity and its further strengthening through the self-development of modern scientific and technological achievements should be the creative work of every healthy person in society. Mutual understanding, recognition of cooperation of the population of Tajikistan, regardless of their regions of residence, is the main condition for strengthening peace and unity of the nation. We must understand and understand that in the world of a market economy, no state wants to provide outside assistance to the state in another country. The only national unity, love for the Motherland, the unity of the people with the political power and the proximity of the political power to the people, keeps this gift of the heads strong.

Tajikistan only the Tajiks are ennobling their