Student conference on the topic "MORAL EDUCATION OF STUDENT YOUTH AS A CONDITION FOR PEDAGOGICAL PREVENTION AGAINST EXTREMISM AND TERRORISM." 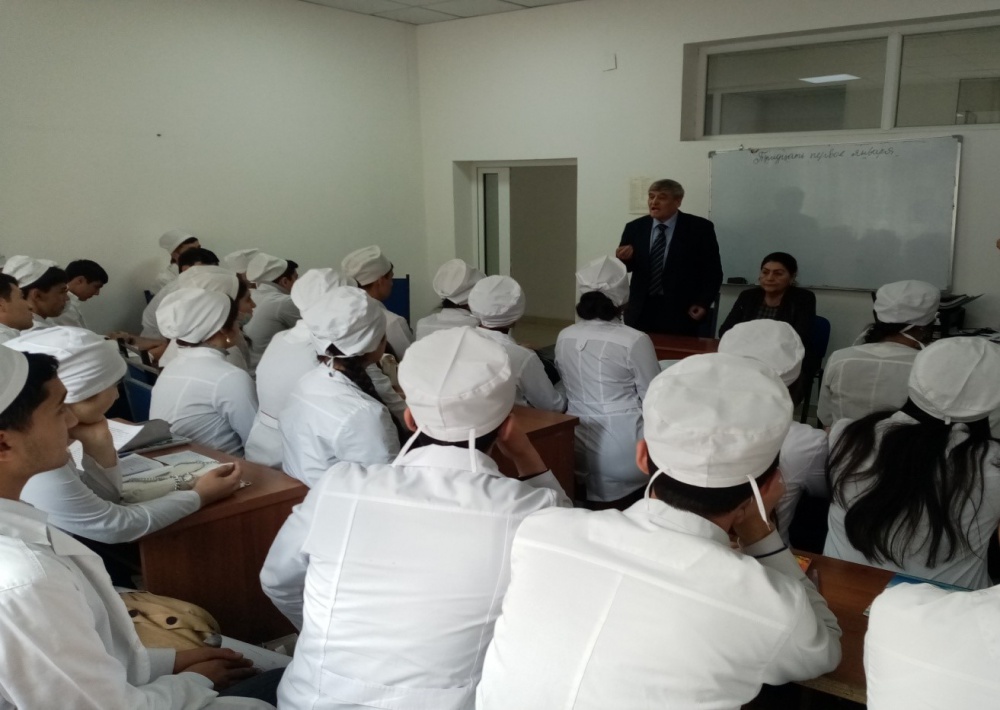 The conference was attended by students of 1 and 2 courses of all faculties of SEI “TSMU named after Abuali ibni Sino” and curatorial groups.

The conference was opened by the head of the Department of Russian Language, Doctor of Pedagogical Sciences, Professor U.R. Yuldoshev and the Head of Foreign Languages Department, Candidate of Philology Sciences, Associate Professor Z.A. Mukhamadieva, who greeted the participants of students on the student’s mini-conference, wished everyone success in their studies and research activities. In his speeches, head. Russian, Dr. Ped. Sciences, Professor U.R. Yuldoshev and Head of the Department of Foreign Languages, Cand. Philological Sciences, Associate Professor Z.A. Mukhamadieva congratulated the students on passing the winter examination session and the beginning of the second semester. They further noted that, increasing the requirements for the culture of Russian and English oral and written speech in classes in Russian and English, we pay great attention to Russian and foreign languages as cultural values ​ ​ and the indicator of student education, because students - future qualified doctors, must be educated and possess the basics of speech culture, Russian and English languages, in order to further use knowledge in their daily practical activities.

Unfortunately, the resurgence and spread of extremism and terrorism have become unprecedented in recent years. As the tragic events in a number of countries have shown: Syria, Iraq, Ukraine, Afghanistan, Belarus, Kazakhstan and some other states, young people are especially influenced by various kinds of negative trends in society and are often involved in various terrorist extremist groups, often having no idea of ​ ​ the ideological basis of terrorist and extremist phenomena.

In this regard, only common efforts, the creation of an atmosphere of national harmony, tolerance and mutual understanding, will become a powerful barrier to the development of extremism in society, including among young people.

As you know, terrorists and extremists are adherents of extreme views and measures, radical ways to solve problems that incite national discord, religious enmity. These phenomena threaten not only the moral and spiritual foundations of society, but also the life of people, the integrity of any state.

In our opinion, for the effectiveness of countering manifestations of terrorism and extremism in the youth environment, within the framework of an educational institution, it is necessary to conduct a set of measures to counter extremist crime.

Thus, it can be concluded that the moral education of student youth as a condition of pedagogical prevention against extremism and terrorism is a necessary means of preventing terrorism, because in the process of training and education in medical educational institutions, the education of a future doctor, a specialist with high moral personality qualities also acquires special importance.

Student conference on the topic "MORAL EDUCATION OF STUDENT YOUTH AS A CONDITION FOR PEDAGOGICAL PREVENTION AGAINST EXTREMISM AND TERRORISM."