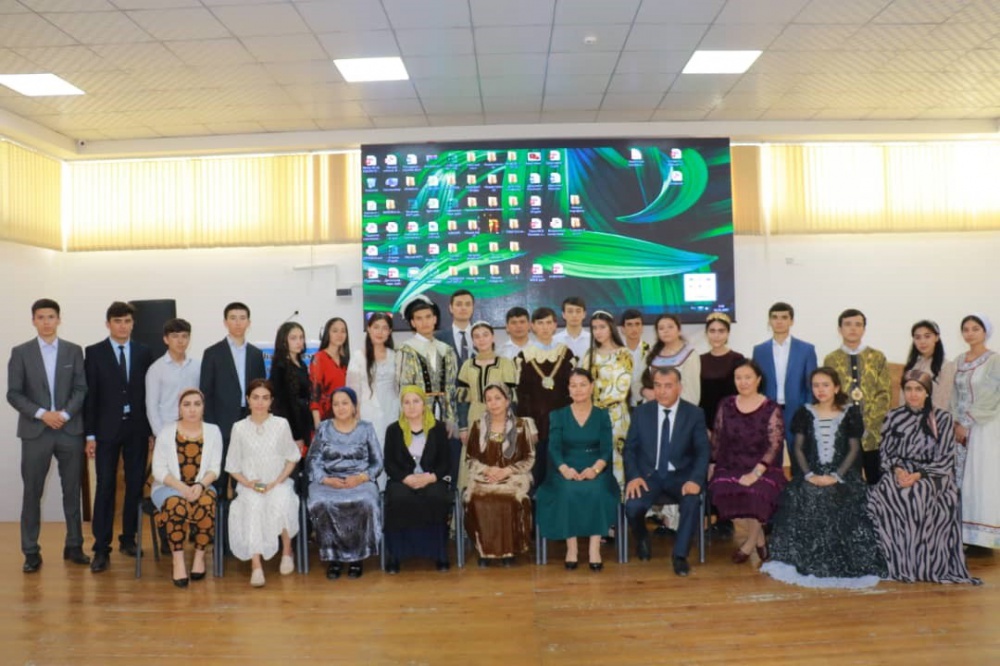 According to the “Program for the Improvement and Retraining of Foreign Languages” on April 11, 2022 under the guidance of Dadojonova I.B. an excerpt from the tragic story "Romeo and Juliet" was shown in English at the Department of Foreign Languages. The students who performed the roles, dressed in different costumes from the same period, showed their roles with great skills.

The stage was opened by the best leading students of the university Juraeva Nargiz and Saraev Sherzod. Roles played by:

The script was understood at a very high level and the students were able to effectively demonstrate their roles. During the performance, was played a pleasant guitar’s sound, which everyone enjoyed.

At the end of the program, the song "First Day of Spring" performed by Rakhimov Abukakhhor and a Tajik song as well as a dance were performed.