ROLE AND STATUS OF TAJIKISTAN IN THE MODERN WORLD 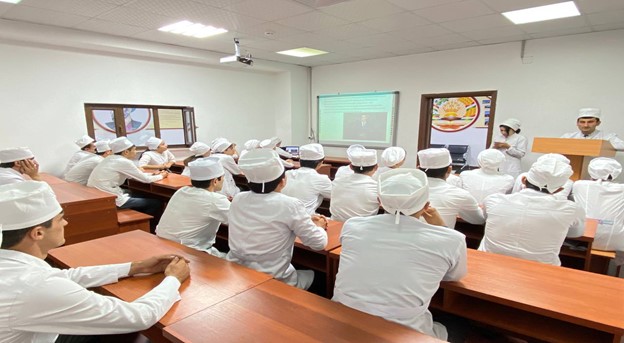 September 27th, 2022, educational assistant N.P. Ashurova held an open lesson on the topic "The role and status of Tajikistan in the modern world" with the participation of department staff and students at the Department of Children's Diseases of the SEI "Avicenna Tajik State Medical University" 2nd and 34th groups of the 3rd year students of the medical faculty . The students of the 34th group Rajabova Dilnoza, Yusupov Mehtojiddin and Yusufshoeva Dilnora presented bright report to everyone.

After the independence of Tajikistan, a new time began in the international policy of the country. Many countries of the world recognized the Republic of Tajikistan and established diplomatic relations with it.

The first area is the Union of Independent States, which, despite the difficulties of the first years of its formation, has an inner tendency towards strengthening comprehensive relations. The second region is Central Asia, which is the development of regional cooperation and unification of the economic opportunities of the countries in its territory for the benefit of all the countries and peoples of this region. The third area is the living and working space of neighboring Persian-speaking countries, which, although they have not reached any common political or economic union, are attracted not only by the unity of history, religion and culture, but also by the real prospect of national development. The fourth sphere is the sphere of influence of the Muslim countries of the East, which are united not only by the unity of religion and customs and religious traditions, but also by the opportunities and needs of national development. Finally, the fifth area is the international society, whose external and internal unity is getting stronger than before and is slowly and continuously moving towards universal civilization. (7 years of Emomali Rahmon. - Dushanbe, 2013. - p. 274-275).

In the 21st century, the status of new political thinking is increasing, and the Republic of Tajikistan actively participates in its implementation.

Department of educational basis of the children’s diseases

ROLE AND STATUS OF TAJIKISTAN IN THE MODERN WORLD