ROGUN is the thrust of our union and solidarity and hope for a better future than our present! 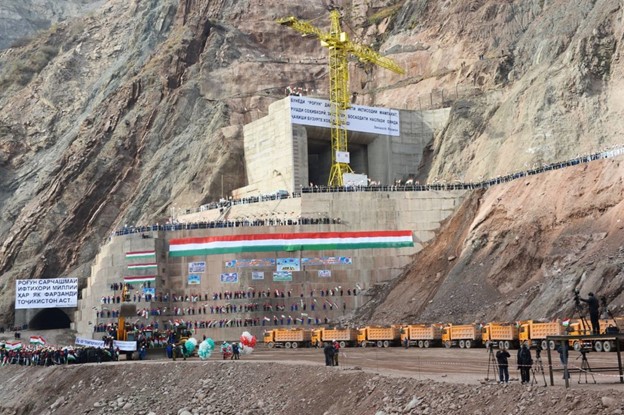 The Rogun HPP is a good result of state independence, national unity and creative policy of the far-sighted and visionary leader of Tajikistan Emomali Rakhmon, which is being built by the mighty hands of the country's population. The history of mankind rarely remembers such care for people and unparalleled feats. With the commissioning of the first unit of the largest facility of the century - the Rogun hydroelectric power station - the words of the respected Head of State Emomali Rahmon, who said: "The future of Tajikistan is brighter than its present" became so noble and valuable once again. History has once again proved that the Tajik people have a creative mind and the power to develop. After a short historical period, the Republic of Tajikistan has been recognized as a developed and innovative country on the world stage. Rogun HPP is not only of national but also of international importance. It is worth saying that the world population's demand for electricity is increasing every year, and oil and gas fields can never be permanent and reliable sources of energy. Therefore, it is expected that in the future, the value of electricity exports will increase in a predictable manner, and the countries of the world will pay more attention to the construction of hydroelectric power plants. This real understanding underlay the creative and life-saving thinking of the country's top leadership from the first years of independence. It was during this historic period that achieving energy independence was proclaimed as one of the strategic goals of the Tajik people, and Tajikistan began to build its electricity sector step by step. Along with solving the problem of power shortage in Tajikistan, Rogun HPP can play a significant role in solving many regional and global problems. History has put the peace-loving and prosperous Tajik people to a serious test and proved that this people can overcome all problems and obstacles and succeed on the chosen path with cohesion, friendship, a high sense of patriotism, intelligence and foresight. The Rogun hydropower plant is the most important means to improve the level and quality of life of the people. At present, many specialists are working day and night at the construction site of power station, which has become a real work of shame and honor, a place of pride and unity of the Tajik people. nation with strong determination and high confidence in their abilities. Rogun HPP is considered to be the engine of national economic development, and on the other hand, this large facility lays a real foundation for the implementation of the strategic goals of the country. With the construction of the Rogun HPP and supplying the country with constant electricity, the capacity of manufacturing enterprises will immediately increase, and domestic and foreign investors will start to build small and large enterprises for the sake of labor force and constant and cheap electricity. The fourth national goal, the rapid industrialization of the country will expand widely.

ROGUN is the thrust of our union and solidarity and hope for a better future than our present!