NAVRUZ - A HOLIDAY OF OUR ANCESTORS 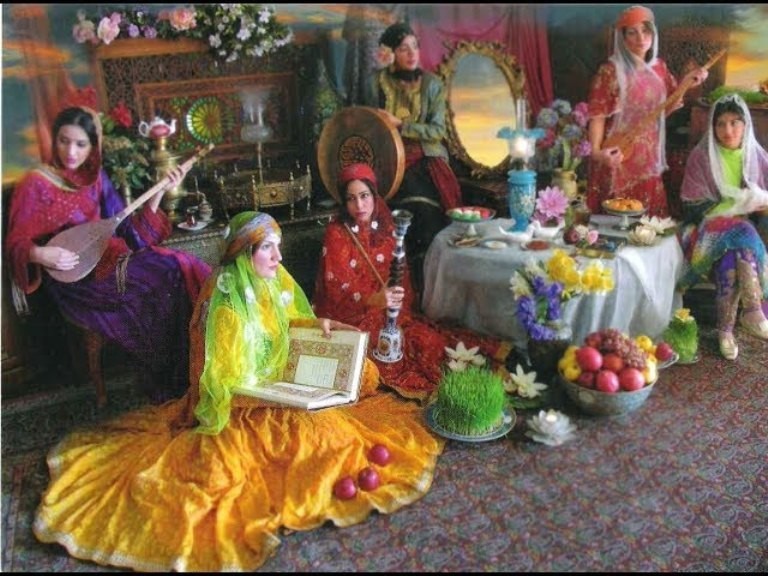 Navruz in translation from Farsi means "new day." Navruz symbolizes the renewal of nature and man, the purification of souls and the beginning of a new life. In September 2009, Navruz was included in the representative list of the intangible cultural heritage of mankind of UNESCO, and at the end of February 2010, the 64th session of the UN General Assembly declared March 21 became as "International Navruz Day."

Navruz holiday is one of the oldest on Earth. It has been known since the from to Zoroastrian times, it was noted even before the 7th century BC. In the state of Achaemenids (VI-IV centuries BC) and Sassanids (III 7th century AD), Navruz was considered the main holiday. The ancient Greek historian Strabo wrote about this festival: "In the oldest, ancient times and today's inhabitants of the between the rivers (Sir -Darya and Amu-Darya) gather on this day in the Temple of Fire. This is the most revered holiday, when merchants close their shops, artisans stop working, everyone has fun, treat each other to those drinks and dishes that the fire touched. "

It is believed that the origin of the holiday is ancient Iranian, associated with the cult of the Sun and the name of the legendary prophet Zaratushtra (spelling variant - Zoroaster, Zardusht).

The oldest source where the celebration of Navruz is mentioned is the holy book of Zoroastrianism "Avesta." According to the teachings of Avesta, people must mark every spring the appearance of life on earth, which was born "in six species" (heaven, water, earth, plants, animals and man).

The celebration of Navruz on the day of the spring equinox is associated with the emergence of the solar calendar, which appeared among the peoples of Central Asia and Iran seven millennia ago, long before the emergence of Islam. According to him, the year began in the spring of March 20 or 21, on the day of the spring equinox, when the day equates with the night and spring finally enters into its rights. It is time for a new field strand, a time of concern and hope for the farmer. With this, Navruz differs from the Muslim New Year, since the lunar year cycle is at the heart of the Muslim calendar. Since the year according to the solar calendar contains 365 (366) days, and the lunar - 354 (355) days, the beginning of the lunar year and all dates of the lunar year relative to the solar move about 11 days ahead.

Before Navruz, you need to repent of sins, reconcile with enemies, forgive debts. The owners are trying to clean up the house, whitewash and repair it. Also, before the holiday, they decorate houses, clean garbage on the street. On the "Wednesday of joy" (the last Wednesday in front of Navruz), bonfires light on the streets of cities and villages.

The holiday itself begins darkly, when, wearing new clothes, the whole family gathers at the table on which new dishes are put. The table on Navruz is covered with a special one and called it "haft-sin." There must be seven (7) foods on the table, the names of which begin with the letter "S" and 7 foods with letter “Sh” rutha seeds - sipand, apple - seb, black seed - siahdane, wild olive - sanjid, vinegar - sirko, garlic - sir and sprouted grain –sumalak-sabza.

In addition, a mirror is placed on the table and candles are lit according to the number of family members, which cannot be extinguished until they reach the end. Necessarily a large festive bread or tortillas, a bowl of water on which a green leaf must swim, a bowl of rose water, fruits, nuts, almonds, fish, rooster, milk, plain water, cheese, painted eggs. In ancient times, each of the components was of special importance for the harvest of the next year, for the fate of family members. Now this symbolism is lost, but the tradition has remained.

On this day, children go home and sing songs about Navruz, and they are gifted with sweets. Artists perform on the streets, sharp words compete, songs, jokes sound. Until late evening, fun and laughter continue, and in the morning the holiday continues, although not with that splendor, but simply in the home circle.

NAVRUZ - A HOLIDAY OF OUR ANCESTORS