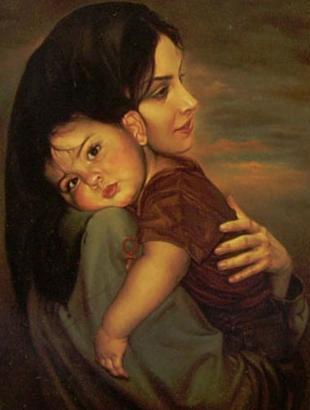 Mother and child health protection is one of the priority issues of the Government of the Republic of Tajikistan. During the period of independence in the Republic of Tajikistan, a number of useful measures were implemented in the direction of ensuring and strengthening the health of the population and preventing the death of mothers and children in the context of the effective activity of social protection of the population with the introduction of modern methods of diagnosis and treatment. At the time of independence, medium-term strategies and programs were adopted to increase the level of medical services for mothers and children and to prevent their deaths, the implementation of which provided opportunities and new grounds for diagnosis and treatment to the industry and development of the industry. Using the professional knowledge and skills of field doctors and the technological possibilities of diagnosis and treatment, they treat women's diseases, including anemia, liver disease, diabetes and other diseases. Effective activity and practical experiences in the field led to a decrease in maternal and child mortality rates, which is considered one of the important achievements in the direction of protecting the health of the country's population. Gynecologists are of the opinion that the modern possibilities for diagnosis and treatment of these diseases of fertile women are a good basis for the birth of a healthy child and the development of the national gene pool.

Thus, as a result of the measures taken by the Government of the Republic of Tajikistan, the implementation of laws and other normative legal documents in the field of health and social protection of the population, the level of indicators of children's diseases, including underweight, anemia, stunting and other diseases, has minimized.

Specialist of the Rector’s Service