Mini-conference on May 9 - Victory Day 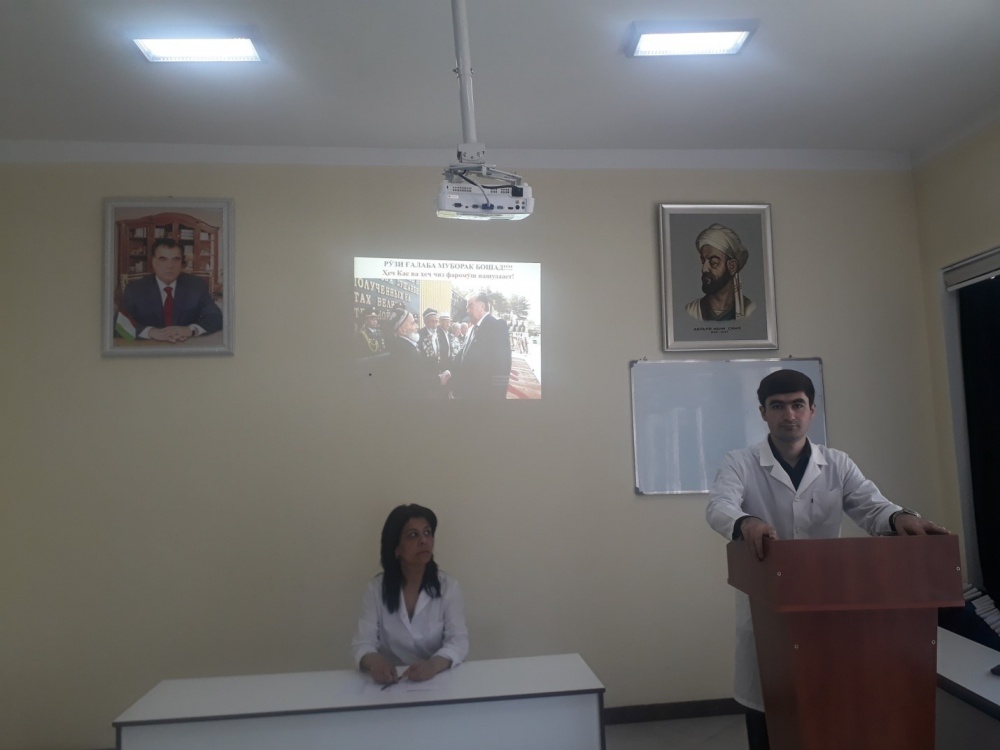 The event was opened by the head of the department, associate professor Davlatova S.N., announced the opening and congratulated the gathered with the Victory Day. Then a 5-year student 67 Naslokhonov Sheroz made a detailed report. In his speech he noted that under the Law of the Republic of Tajikistan "On Holiday" May 9 was declared the Day of Victory in the Great Patriotic War (1941-1945) and became an official state holiday in the Republic of Tajikistan.

Streets in the cities, regions and districts of Tajikistan are named after Victory Day, and there is a Victory Park in Dushanbe. On the eve of the holiday there will be a week of "Remembrance" in memory of the 90,000 soldiers who died in combat operations on the territory of Tajikistan. Meetings with war veterans will be held this week, aimed at educating the younger generation.

Mini-conference on May 9 - Victory Day