May a peaceful and independent Tajikistan! 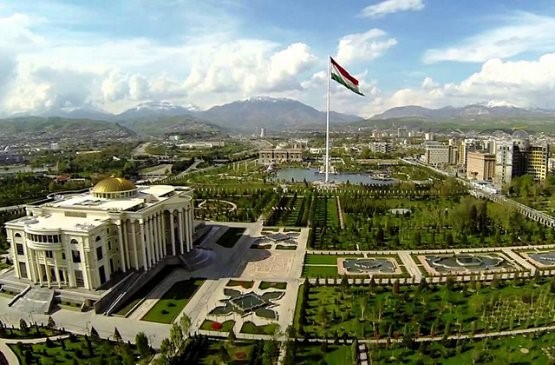 Tajikistan, as a peace-loving country in the region, with its experience in peacebuilding, actively contributes to the resolution of international conflicts through negotiations and consultations. Peace, political stability and national unity, which today belong to the glorious people of Tajikistan, have not come easily. The historical path of the Tajik people, especially in the first years of independence, has been a path full of horrors, tragedies, hardships, privations, and obstacles. As it has been emphasized by the Founder of Peace and National Unity - the Leader of the Nation, the President of the Republic of Tajikistan esteemed Emomali Rahmon: "The tragic events of the first years of independence were a serious historical test for our people, and we learned from this difficult period.The most important difficult years in the life of our people is the realization of the plans and dreams of each citizen of the country, the progress of the state and prosperity of the country are possible only in conditions of peace, political stability and national unity".

When our independent country was taking its first steps, the betrayers of the Tajik nation and the enemies of the Tajik state, with the support of foreign interested parties, dragged our country into the whirlpool of intense internal opposition and then into the flames of an imposed civil war . The horrors of the civil war will never be forgotten by the people and the pages of the country's recent history. In those difficult and tragic days the activity of state structures and bodies was completely paralyzed, the system of state administration was dismantled, the Constitution and other laws were violated, an atmosphere of lawlessness, violence and oppression reigned in the country. The greatest tragedy of those days was the danger of the collapse of the young Tajik state and the collapse of the Tajik nation.

The strong will, unwavering position and supreme wisdom of the Founder of Peace and National Unity - the Leader of the Nation, the President of the Republic of Tajikistan, the respected Emomali Rahmon saved the Tajik people from collapse and ensured the process of nationalization and the establishment of Tajik national statehood. Tajiks have enriched their history with the hard work to achieve freedom, creativity and ingenuity of their brilliant children in science, literature and politics, reaching the era of rebirth of statehood and tasting the poison of defeat, striving for self-affirmation. This is why we proudly cherish, respect and are obliged to preserve our national identity, that is, Tajikistan, the more than 6,000 years of history of our people, the sweet and poetic Tajik language, the ancient culture and civilization, the world heritage of our ancestors and national values, to pass on to future generations in a better and more developed form

One of the main threats to the present and future of the Central Asian region, including our country, are radical, extremist and superstitious tendencies. Given the rapidly changing situation on the planet and the current state of the world community, under the negative influence of globalization, the need to protect national interests, national security, sovereignty, state independence and inviolability of the Republic of Tajikistan is paramount. In fact, today humanity, along with various natural disasters, is threatened by terrorism and extremism, which with its tragic consequences is one of the most serious threats in the modern world and threatens peace, stability and state independence of countries. We must preserve the peace and tranquility of the homeland, the political stability of society and national unity, with vigilance and diligence to strengthen state security, law and order and the peaceful life of our people. We must treasure this most sacred and cherished good of our lives, always be ready to defend this great historical achievement and further strengthen peace, political stability and national unity.

The fight against terrorism and extremism must become a sacred duty and fulfillment of human and civic duty of every member of society!

Tursunova Z.G. -specialist of the information and public relations department

May a peaceful and independent Tajikistan!