INTERNATIONAL ACHIEVEMENTS OF THE REPUBLIC OF TAJIKISTAN 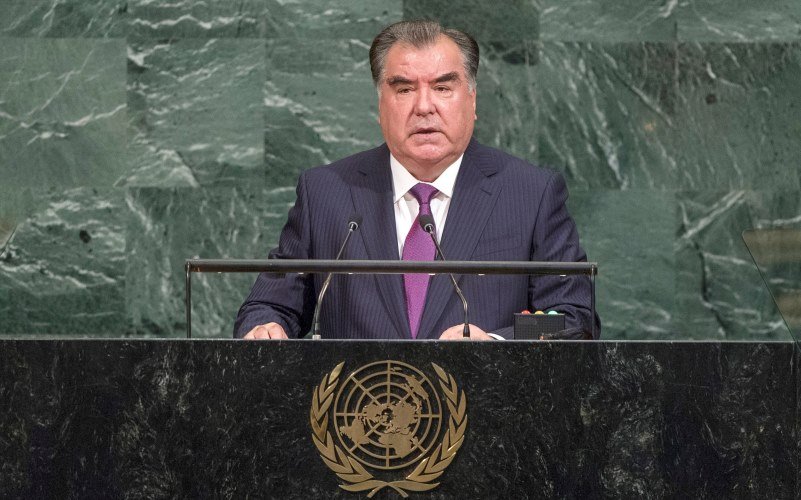 After gaining independence, the Republic of Tajikistan opened its doors to all countries of the world and with the announcement of the "open door policy" began international relations with the aim of representing Tajikistan in the world and attracting foreign investment for the reconstruction of the country, and today this policy is successfully continuing. Today we are seeing the fruits of such multifaceted cooperation in various fields. For this policy, so that our country not only strengthens its status and authority in the international arena, but also actively participates in the search for a specific approach of its diplomacy in solving regional and global problems. As a result of effective efforts and questions of logical and timely statement of the President of the Republic of Tajikistan, dear Emomali Rahmon, today it is recognized as one of the initiative countries in the international arena.

Creative regional integration meets the interests of all the States and peoples of Central Asia. The Republic of Tajikistan, noting the importance of further development of cooperation with neighboring countries, supports the further formation of a favorable climate for relations with them. In the foreign policy of the Republic of Tajikistan, the strengthening and expansion of stable and long-term bilateral relations with the countries of the Commonwealth of Independent States is of peculiar and important importance. In this regard, our country is constantly striving to create the most favorable basis for expanding versatile and profitable relations throughout the Commonwealth of Independent States. Tajikistan's relations with key states and other Asian countries are taking on a partnership character, which is a strong proof of the positivity of our country's creative goals. Tajikistan will continue to cooperate in such a creative spirit, as well as unselfish and friendly relations with all countries of the world.

The Republic of Tajikistan has joined the United Nations Economic and Social Council (ECOSOC). This is another international achievement, the country's authority and authority in international organizations. Currently, the Republic of Tajikistan has membership in more than 57 regional and international organizations and, together with other countries, plays a role in solving political, security, economic, social and cultural problems of the world. Thanks to the “open door policy”, the Republic of Tajikistan has established mutually beneficial cooperation with a number of international economic organizations and financial institutions. In particular, it has fruitful cooperation with the Economic Cooperation Organization( ECO), the Organization for Economic Cooperation and Development (OUCD), the Eurasian Economic Union, the International Monetary Fund, the World Bank, the European Bank for Reconstruction and Development, the Asian Development Bank, the Islamic Development Bank, the Eurasian Development Bank, the newly formed Asian Infrastructure Investment Bank and other associations and international organizations and banks of the world. At the current stage, the main principles and traditions of Tajikistan's foreign policy were aimed at solving priority issues of the country's development, including strengthening peace, stability and national unity, strengthening political, economic and social reforms. During this period, the country's leadership presented the "market door" policy as a civilization with today's world, on the basis of which a multidisciplinary and pragmatic policy was developed, friendly relations and fruitful cooperation with various countries of the world were expanded and strengthened. Thanks to this policy, Tajikistan has strengthened its position in international politics and, taking into account national interests, has ensured a balance of its relations and interests. The policy of "open doors" embodies the basis of Tajikistan's foreign policy.

Today, Tajikistan is recognized in the world as an initiative country in solving global problems and influencing the regulation of political processes in the region. Tajikistan, having made firm steps on the world stage, with the awareness of its logical policy and constructive proposals, has strengthened its position and will play more sustainable steps in the world in the future.

INTERNATIONAL ACHIEVEMENTS OF THE REPUBLIC OF TAJIKISTAN