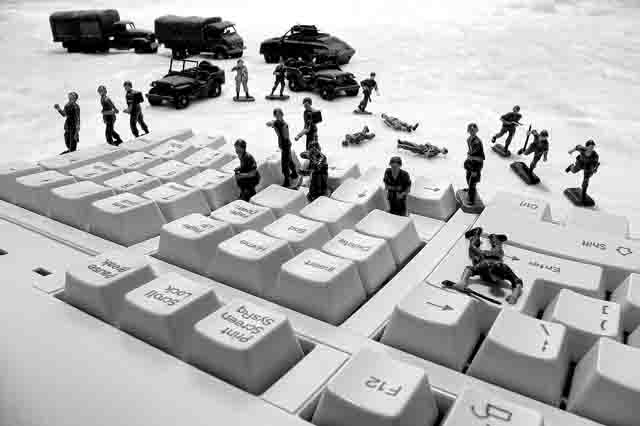 In modern times, information strife is a dangerous weapon that is carried out through information. It puts people on the streets, pits them against each other, and changes the world. It is a war by means of information technology, in which information is the main tool. Canadian philosopher and critic Marshall McLuhan made this observation in his 1962 book Gutenberg's Galaxy. "The real war is a war of information," he said. Obviously, it is done through electronic communication. "It is a constant and brutal war, and almost everybody is involved in it."

It is necessary to note that information debate is the hardest resistance of information which continues not only in the period of armament struggle also in the peaceful time. Mass media intermedium is one of the sources of society life basis. As you know, the legal basis for regulating and ensuring the effective operation of the media in the Republic of Tajikistan is improving year after year. Access to information, freedom of speech, the press, and the right to use the media are the most important political rights, without which a democratic state system is impossible.

Information campaigns are carried out for different purposes. It is done by spreading false information, blackmailing competitors, interpreting various events in their favor, and drawing public opinion to support them. In recent times, a clear example of information warfare can be seen in the media of the superpowers. These mass media have always overshadowed the opposition and portrayed their country as a peacemaker and a sympathizer.

The use of mass media is a very easy, safe and irresponsible way to achieve one's goals. On the other hand, in new times and in modern society, the influence of speech on people's worldviews is greater than the impact of weapons. Sometimes materials appear on social media that at first glance appear to be in the interests of the nation and state, but are in fact incitement to sedition. Tajikistan is also a target for such groups that have turned against our people and state. Such phytoplankton threaten the tranquility of civil society in Tajikistan. The mission of these media is quite different, as they pursue their own nefarious interests and ambitions. It should be remembered that they do not help our people, but by provocation want to divide the people towards the Tajik state and nation and the leadership of Tajikistan. For example, after the border clashes between Tajikistan and Kyrgyzstan, various pictures not related to the border conflict between the two countries were posted in social networks and a number of media outlets. Experts examined the images and determined that the photos had nothing to do with the conflict between the two countries. Similarly, there is no basis for the false information that the Kyrgyz military occupied the Hoja Alo checkpoint in Tajikistan last summer. Such false and provocative reports abound in social networks. Therefore, it is necessary to:

- always find the source of all the information we encounter or want to use;

- read the information in its entirety and pay attention to the facts, figures, and names of characters;

- pay close attention to the media, the author of the article and the headline.

Therefore, we- Tajik people, especially the youth, need to listen to the lies of the non-governmental and dubious media in order to prevent self-knowledge and discrimination.

The people of the ancient Tajik nation, who have repeatedly passed through the hardships of life and have sufficient experience, following the constructive policy of the President, the Founder of Peace and National Unity Emomali Rahmon to study and promote issues of self-knowledge, protection of peace historical and cultural values sustain unity and stability in society. Therefore, every sincere and patriotic person, especially young people, must constantly feel the primacy of national and state interests, avoid xenophobia and betrayal of the nation and homeland. Let us work hand in hand for the prosperity and progress of the land of our ancestors, always be vigilant, intelligent, patriotic and patriotic!