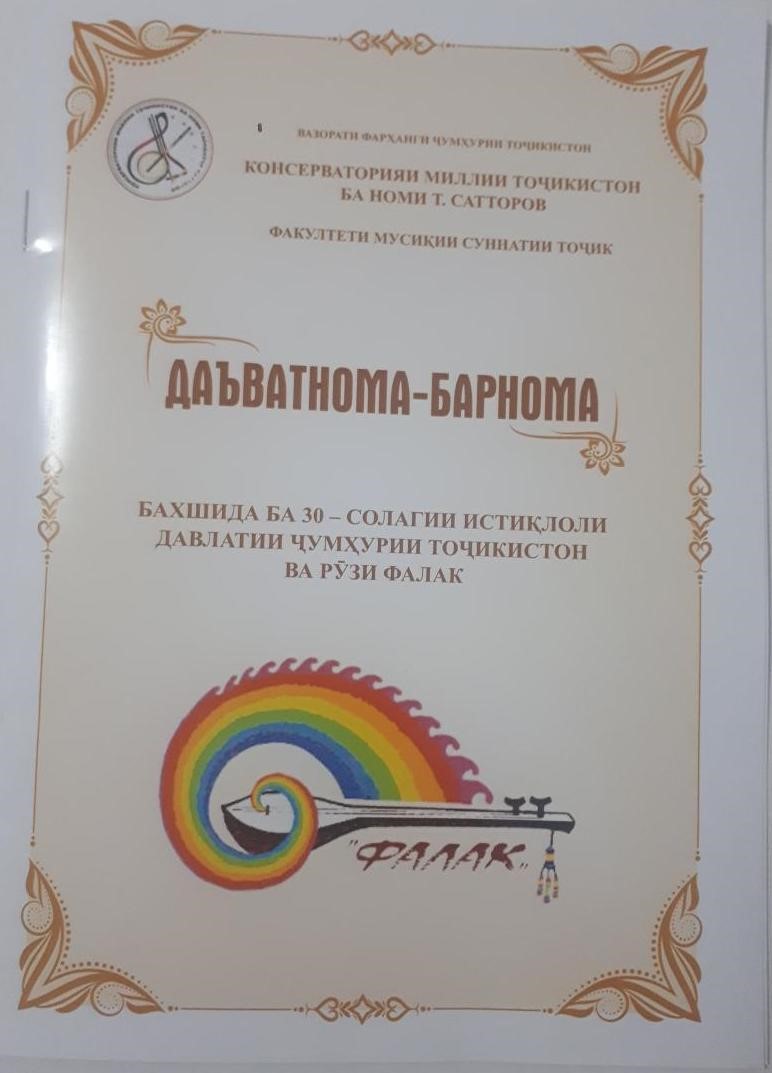 Falak is the oral traditional music of the Tajik people, which for centuries has been recognized as an expression of the nobility and the needs of the people, and it was during the period of independence that it received its rightful place. With the support of the founder of peace and national unity, the Leader of the Nation, the President of the Republic of Tajikistan, dear Emomali Rahmon, Falak Day was announced on October 10. Falak is one of the most important elements of traditional Tajik music and has an ancient history. The importance of studying and studying falak is important not only for Tajikistan, but also for a number of Eastern countries.

The Talabkhuja Sattorov National Conservator of Tajikistan will make a worthy contribution to the training of specialists in the field of professional music, including traditional music. In honor of Falak Day, a cultural and cultural event was held at the National Conservatory on October 8 for this literary genre belonging to Tajik nationality and spiritual culture. The Tajik Folk Music Institute took part in this event under the leadership of the Dean of the faculty.

Council of Women and Girls