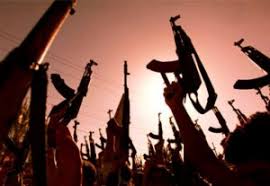 Terrorism is multifaceted in nature and currently has the following forms and types:

Explosion, arson, destruction of especially important objects, houses. This type of terrorist act is the most horrible. As a result, many people were killed and injured, and left homeless. Of course, such an act would create fear among the people, resulting in panic and directly compel the authorities to agree (or partially agree) to the proposals of terrorists and extremists for the safety of citizens and the release of hostages.

Murder and intentional harm to the health of individuals. This type of terrorist act is aimed, first of all, at destroying one or another influential person of the relevant state agencies (Government, Ministry of Internal Affairs, security), members of the media, worthy statesmen, and criminals in order to achieve their goals. Here are some examples of contract killings: Bashirkhan Ishoqi, Minhoj Ghulomov, Muhammad Osimi, Saif Rahimi in Tajikistan, Indira Gandhi, Rajiv Gandhi (India) and others.

Kidnapping and hostage-taking. This type of terrorist act is the most common form and is used in almost all countries of the world. The abduction and hostage-taking by terrorist organizations and individual terrorists is mainly aimed at killing the hostages if the authorities do not agree with their views or proposals. The horror of such a terrorist act is that a large number of people may be killed during the operation to neutralize terrorists. Recall the events in Budyonnovsk, the Nordost Theater (Moscow) or Beslan in North Ossetia, how the terrorists made proposals to achieve their goals and what the consequences were.

Threats to kill and destroy government and political officials. This type of terrorist act is aimed at the fact that terrorist organizations or individual terrorists, by threatening to kill and destroy, demand from officials or the government to remove this or that person from office and delay the adoption of this or that law. Failure to do so will continue to threaten to kill political and government officials by all means. This form of terrorist activity is also used to change the structure of the state.

Propaganda of terrorism. This is directly reflected in the fact that some countries are facilitating the establishment of terrorist organizations, others are hosting such organizations and sponsoring them with large sums of money, and these organizations are being supported by international non-governmental organizations, such as the Liberation Forces. gaining independence are recognized and even this or that state recognizes them. But in reality, they influence the system of government from the territory of the state under their auspices, through the use of terrorist and extremist activities.

The reasons for the emergence of extremism are as varied as its forms. These reasons can be summarized as follows:

• desire for change and dissatisfaction with the real situation;

• personal animosity between leaders of political parties and between political figures;

• Violation of religious and ethnic rights;

Each of these forms has its own characteristics, but they are connected by a destructive, aggressive, brutal phenomenon that has no clear purpose.

Following the terrorist attack in the United States on September 11, 2001, the international community was called upon to take immediate and effective action.

The legal basis for the activities of the anti-terrorist coalition was adopted in conjunction with previously adopted international legal acts and a UN Security Council resolution. On December 12, the UN Security Council adopted Resolution 1368 "on the joint efforts and activities of all States to bring to justice immediately the perpetrators, organizers and sponsors of terrorist acts committed in New York, Washington and Pennsylvania."

On September 28, 2001, the UN Security Council adopted Resolution 1373 on a set of counter-terrorism measures, in particular to prevent financial support for terrorist activities. The resolution outlines the commitments of members to take measures against terrorism.

In particular, the resolution states that states should close the accounts of terrorists and open criminal cases against those who finance terrorist activities, provide asylum to such persons and stop any assistance and care for them. The implementation of the resolution was entrusted to the UN Security Council Committee to further strengthen the activities of UN members against terrorism.

On November 12, 2001, the UN Security Council adopted Resolution 1377 to combat terrorism. This call urged all UN member states to assist in the fight against terrorism and to provide each other with comprehensive assistance in this regard.