Extremism is an anti-human phenomenon! 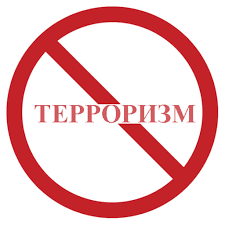 The current difficult situation in the world is evidence of the growth of extremist elements and crimes, the involvement of some young people in extremist organizations and their participation in armed conflicts in foreign countries. According to research and expert opinion, the introduction and strengthening of administrative and legal measures is considered the most important means of preventing and suppressing extremist activity. Extremism as an anti-human phenomenon has become a global phenomenon and is increasingly taking different forms. The Republic of Tajikistan has criminalized all types of extremist manifestations and has legally categorically condemned extremist activity in the country. The Law of the Republic of Tajikistan "On Countering Extremism" entered into force January 2nd , 2020. This law defines the organizational and legal basis for countering extremism in order to protect human and civil rights and freedoms, the foundations of the constitutional order, and to ensure the sovereignty, territorial integrity and security of the Republic of Tajikistan.

Extremist activities are a great threat to the security of states and have taken different forms in the modern environment. There are countries that take the initiative to prevent and eliminate the dangers of extremism and contribute to the security of the world. The Republic of Tajikistan is one of the countries that, through its international initiatives, has become a leader recognized and respected in solving the problems of human society.

Extremism is an anti-human phenomenon!