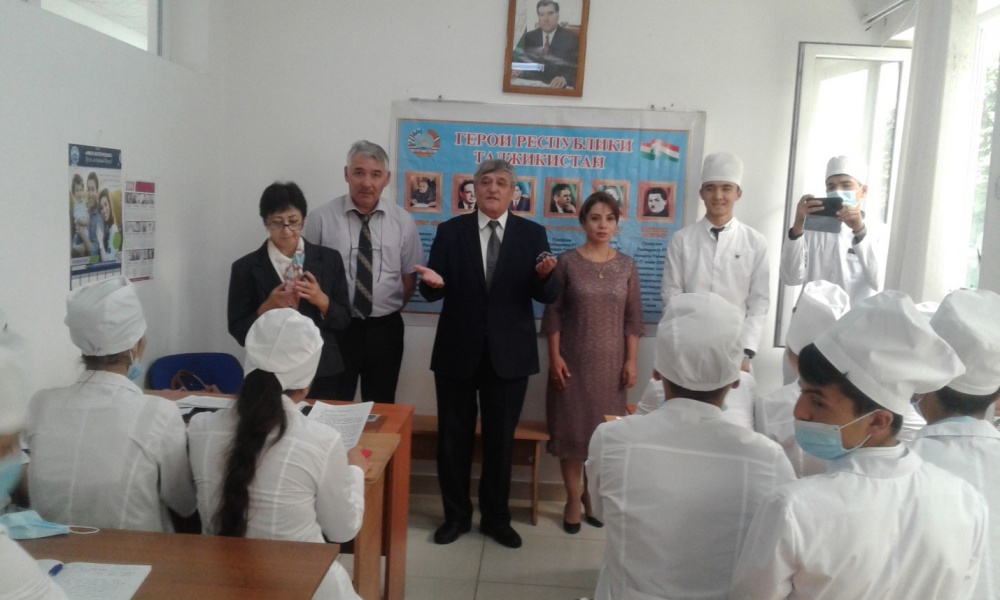 According to the activity plan of the department for educational work and in connection with the celebration of Mavlono Jaloliddin Balkhi Day (September 30), a week of student conferences was held at the Russian Language Department of SEI “Avicenna TSMU” from September 27 to 30, 2021, dedicated to the topic "Educating the moral qualities of the personality of youth medical students on the example of the work of the great thinker of Tajik-Persian literature Jaloliddin Balkhi (Rumi).

Before the start of each conference Candidate of Sciences Daler Umedovich Saidmurodov the acting head of the department spoke to the participants in his welcoming speech.

Then the professor of the department, doctor of pedagogical sciences U.R. Yuldoshev made the speech. In his speech, he noted that on the basis of the Law on Holidays of the Republic of Tajikistan, September 30 is celebrated in our country as Poetry Day of the great classic of Tajik-Persian literature Mavlono Jaloliddin Balkhi (Rumi) (1207-1273), whose poetic work has great educational significance.

In his speech, he emphasized that today the poetic heritage of the classic Jaloliddin Balkhi (Rumi) is more relevant and in demand than ever, since his works have deep scientific, philosophical and strictly justified logical goals aimed at educating highly moral human qualities based on ancient culture, moral values ​ ​ derived from folk wisdom.

In connection with the above, in practical classes in the Russian language with students, mini-conferences are held on the studied topics of classes in order to improve Russian speech.

Thus, the student conference held at the department was attended by students of the 1st year of all faculties of the medical university, who were engaged in the schedule on the indicated days, they read the prepared reports, advertised Rumi’s poems, debated with great emotional rising and enthusiasm about the role of education based on the moral values of the past in today’s society.

The programme of the conference included 6 to 8 presentations. Reports prepared by students under the guidance of leading teachers were the result of the educational and practical activities of students, their knowledge of the great classics of Tajik-Persian literature Jaloliddin Balkhi (Rumi).

It should be emphasized that those present and participants listened with great interest to all reports on the life and work of Jaloliddin Balkhi, his poems, parables, sayings, which pay special attention to the issues of science and knowledge, patriotism, hard work, humanism, honesty and decency and other components of the positive qualities inherent in man.

It is especially important that students actively participated in the conference, asked questions, which was evidence that their reports and speeches turned out to be informative and useful.

Today, not one century later, the works of Jaloliddin Balkhi (Rumi), his rich heritage are relevant, and therefore in demand.