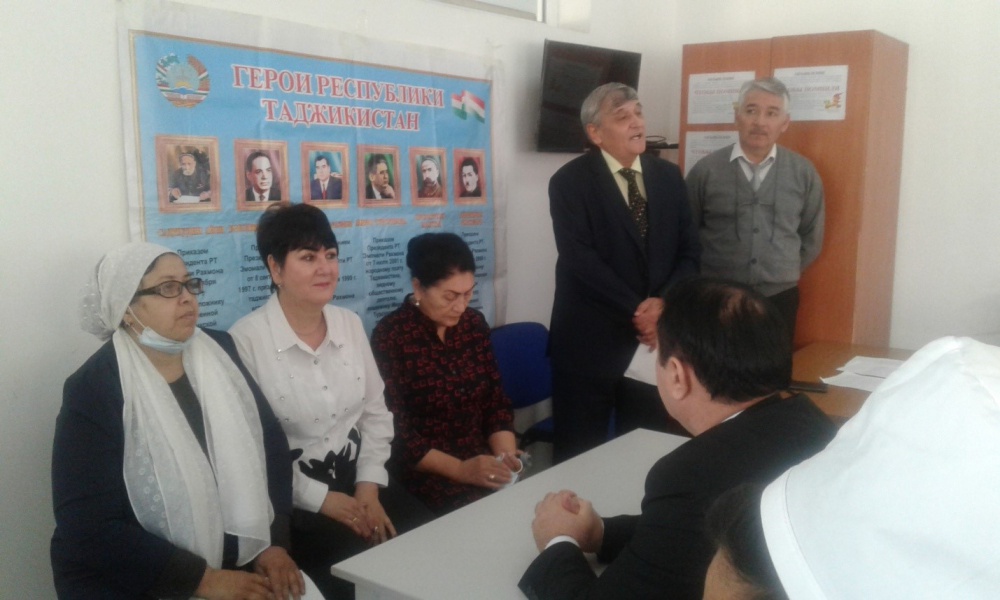 October 4-5, 2021 at the Russian Language Department of SEI "ATSMU" held a student scientific-practical conference dedicated to the 30th anniversary of state independence of the Republic of Tajikistan and the Day of the State Language.

The conference was attended by all 1st year students from medical, dentistry faculties and advisor groups.

The conference was opened by the acting head of the Russian language department, Ph. D. Saidmurodov D.U., who welcomed the participants and listeners, wished everyone success in learning and research activities.

In his speech, DalerUmedovichSaidmuradov congratulated students with the 30th anniversary of state independence of the Republic of Tajikistan and the State Language Day, wished students success in their studies and research activities.

Then Professor, d.p.s. U.R. Yuldoshev spoke to the students. In his speech he noted that the language is an important, inseparable part of the national culture. We, in history are respected and recognized precisely because of the language, creative heritage and culture. Therefore, our language and our historical past has always been an object of pride and a major factor in the unity of nations.

In their speeches, Assistant Professor M.R. Nazarova, senior lecturer S.A. Hotamova, teachers M.A. Kholmatova, O.A. Lysykh, D.H. Sultonova, N.S. Alieva, and others noted that knowledge of a native language is a sign of respect for their nation and for their past. Our present and future generations must keep the Tajik language in their consciousness as a sacred national heritage and the highest cultural value, and must always know the history and heritage of their native language.

"The Tajik language, the great heritage of our glorious ancestors, has reached our days, the independent state of the Tajiks from thousands of years, despite many obstacles and difficulties, like a thread that connects many generations of our people," stressed the Founder of Peace and Unity - the Leader of the Nation, the respected President of the Republic of Tajikistan Emomali Rahmon, congratulating our people on the day of the celebration.The role of the Leader of the Nation is significant in strengthening the image of the republic on the world stage, including strengthening the status of the state language.

In general, the topics of the conference reports concerned the historical aspects of the development of the native language - Tajik, the importance of studying Russian in the professional training of medical students and the role of words in the life of every individual in general.