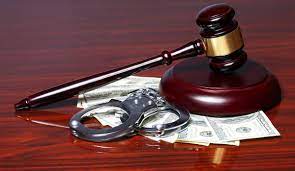 Corruption, along with other undesirable phenomena of the modern world, has become a serious international problem. Unfortunately, to date, no State in the world has been established to completely eradicate corruption, but most States of the world have been able to significantly reduce the level of these negative phenomena. Corruption in the modern world is recognized as a bankrupt threat and a weakness based on the economy of each state. Corruption suspends the development of the world community, the growth of the economy and social welfare, undermines the trust of citizens in the state, reduces the hopes of young people for the future, deprives the needy segments of the population from achieving a favorable day. Cycling is the dictate of power, although steel is a clumsy, clumsy channel. Corruption crimes, along with extremism and terrorism, are dangerous for society, prevention and countering this is the main mission of every citizen.

Our great-grandfathers are civilized and have consistently been criticized for their precious imprint. So it becomes clear that the struggle against the blockade and the roots has been sprouting for more than centuries. In the XX1 century, corruption is also recognized as a destructive phenomenon of the state border. The United Nations united all the States of the modern world around the idea of combating corruption as an obstacle to development. To prevent crime and fight corruption, the UN Convention against Corruption was adopted on October 31, 2003. Taking into account the importance of this issue, since 2003, on the initiative of the UN General Assembly, December 9 has been declared the day of fighting corruption around the world. The Republic of Tajikistan signed the United Nations Convention against Corruption on September 25, 2006 and was approved by the Majlisi Namoyandagon of the Majlisi Oli of the Republic of Tajikistan on April 16, 2008.

The main reasons for committing corruption actions in our society are the lack of legal education and standard of living among the population, on the other hand, the preparation of people for a market economy and not understanding its rules. Currently, the spread of corruption worries society and the state. At the initiative of the Head of State, dear Emomali Rahmon, a number of legal reforms were carried out in the direction of regulating the structure of laws in accordance with international norms and the necessary measures were taken to combat corruption. In order to directly combat corruption in the country and consolidate the anti-corruption efforts of the state, involve representatives of the private sector and international organizations in the fight against civil society, and purposefully combat corruption in Tajikistan in 2007, specialized anti-corruption bodies - The Agency for State Financial Control and Anti-Corruption of the Republic of Tajikistan was established, the main tasks of which are state financial control, prevention, elimination and detection of corruption offenses, primary investigation, investigation of corruption crimes and implementation of a set of measures of anti-corruption state policy. Taking into account the adverse consequences of this negative phenomenon, the Presidential Decree of the Republic of Tajikistan in 2013 adopted the Strategy for Combating Corruption in the Republic of Tajikistan for 2013-2020, within the framework of this strategy, the main directions of law enforcement agencies ' activities to combat corruption were identified.

In some cases, the majority of participants in corruption relations are the source and even the customer of relatively dangerous crimes, such as ordered murders and terrorism, bodies that are not subject to corruption, support organized crime and unite a group of corrupt officials with entrepreneurs, which as a result will create conditions for entering political power and, thus, the legalization of criminally obtained funds (money laundering). Another place where corruption is more dangerous than terrorism and impunity, because if terrorists are harming one or more persons, corruption or corruption, they pose a serious danger and an irreparable danger to the entire society and the state.

Therefore, corruption is a phenomenon that directly threatens national security. So far, no country has achieved complete success in combating these negative phenomena. It is against this background that the World Bank named the world's first turnover of illegal or corrupt assets, equal to 600 billion US dollars or more. Of course, the development of this undesirable phenomenon will not affect the economic development of countries. Observations show that the main reasons for the occurrence of corrupt actions are a decrease in the legal education of citizens and the early implementation of certain activities by state bodies. Increasing the legal education of citizens, establishing close cooperation of the population with the relevant departments, increasing the responsibility of civil servants, the correct implementation and application of e-government and improving the life of the population can reduce the level of corruption in the country.

We must know and understand that corruption is a serious crime, a real threat to national security and undermining the socio-economic stability of the state. Corruption negatively affects our daily life and activities, in the process of socio-economic development it requires reducing the level of poverty, citizens ' trust in state democratic institutions, developing an anti-corruption policy on the territory of the republic, which should become an instrument for consolidating the efforts of state bodies, organizations of all forms of ownership and civil society institutions in this direction. In this regard, the fight against corruption is a vital issue, collective work, in the fight against corruption, with the exception of state bodies, every member of society should make a contribution. Only in this case we will be able to reduce the level of corruption in the country.