Children are our future 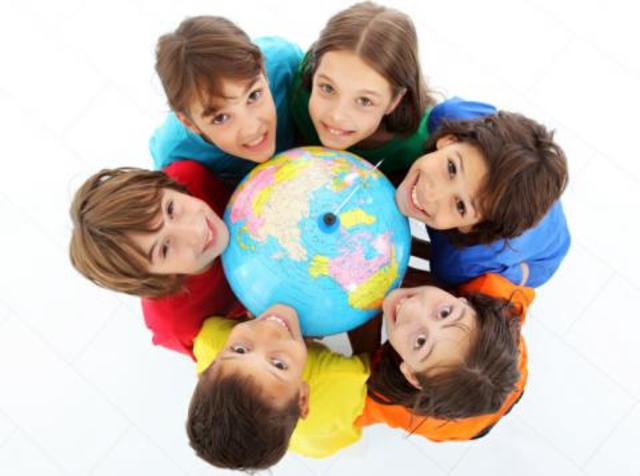 One of the oldest international celebrations is the International Children's Day, which is celebrated annually June 1. It is celebrated around the world since 1950. November 1949, at the Congress of the International Democratic Women's Federation, it was decided to celebrate it. The United Nations Organization supported this initiative and declared the protection of the rights, life and health of children as one of its priorities. It should be noted that International Children's Day is primarily a reminder to adults of the need to respect the rights of children to life, to freedom of expression, to education, recreation and leisure, to protection from physical and psychological violence, to protection from the exploitation of child labor as necessary conditions for the formation of a humane and just society.

In 1959, the UN adopted the Declaration of the Rights of the Child, which included articles calling on parents, state and local authorities and governments, as well as nongovernmental organizations, to recognize and strive to respect the rights and freedoms of children set forth with these articles. At the time, the Declaration was only advisory in nature and was not binding. But, much later, November 20, 1989, the United Nations Convention on the Rights of the Child became the first major international legal document, based on which the rights of the child were considered at the international level.

The Republic of Tajikistan, as a member of the UN (Tajikistan became an equal member of the UN on March 2, 1992), is a party to the UN Convention on the Rights of the Child since 1993. Our state and government recognizes and guarantees to all children on its territory all the rights provided by this Convention. The Convention on the Rights of the Child clearly describes the rights of children and defines a child as a human being until the age of 18. At the same time, different conditions are dictated for each individual age for parents.

In Tajikistan the rights of the child are protected at the level of the Constitution of the Republic of Tajikistan, which has the highest legal force and its norms are directly applicable. Taking into account the principle of the best interests of the child derived from the UN Convention on the Rights of the Child, the current legislation of Tajikistan is constantly being improved. During the years of state independence, a wide range of national normative legal acts have been adopted that play an important role in ensuring respect for and observance and protection of children's rights. In particular, the Family and Labor Codes, the laws "On Education", "On the Responsibility of Parents for Training and Upbringing of Children", "On Prevention of Domestic Violence", "On Protection of Child Rights" and other national acts regulating various aspects of child rights and freedoms are based on and fully correspond to the norms of the Constitution of Tajikistan. Also, children's rights in the country are regulated by the Law of the Republic of Tajikistan "On Protection of Child Rights". This law establishes the basic guarantees of children's rights and interests as stipulated by the Constitution of the Republic of Tajikistan.

30% of the population comprise children under the care of the State and the Government in Tajikistan. Through the constant efforts and support of the Founder of Peace and National Unity, the Leader of the Nation, President Emomali Rahmon, all necessary conditions are ensured for the happy life of children and their healthy development, to ensure and respect the rights and freedoms of children, to educate them in the spirit of patriotism and love for the country. It is gratifying that the Commission on the Rights of the Child has been established under the Government of the Republic of Tajikistan, the National Program for the protection of children and their interests has been adopted, as well as the National Strategy for the Health of Children and Adolescents.

Undoubtedly, children are our future. And what they will grow up to be and how they will govern our country and society in the future depends only on us - parents and adults. We must remember this and prepare children for independent life. The founder of peace and national unity - the Leader of the Nation, the President of the Republic of Tajikistan, the respected Emomali Rahmon, spoke about this more than once in his speeches dedicated to our children. "A developed society is evaluated according to certain norms, among which what is the attitude of the society to the least protected strata of the population - children, orphans, the disabled, the elderly. From here, only by the joint efforts of state structures, public organizations and every citizen of the country, it is possible to ensure a happy and peaceful life for children," said the head of state, respected Emomali Rahmon.

Children certainly have the right and need to be involved in decisions that affect them. We must always take the child's wishes into account and respect his or her needs. After all, children are the meaning of our lives.

Children are our future