AFGHANISTAN, PANDEMIA, SCO RESULTS. These are the main topics of the 20th anniversary summit of the Shanghai Cooperation Organization, which opens today in Dushanbe. 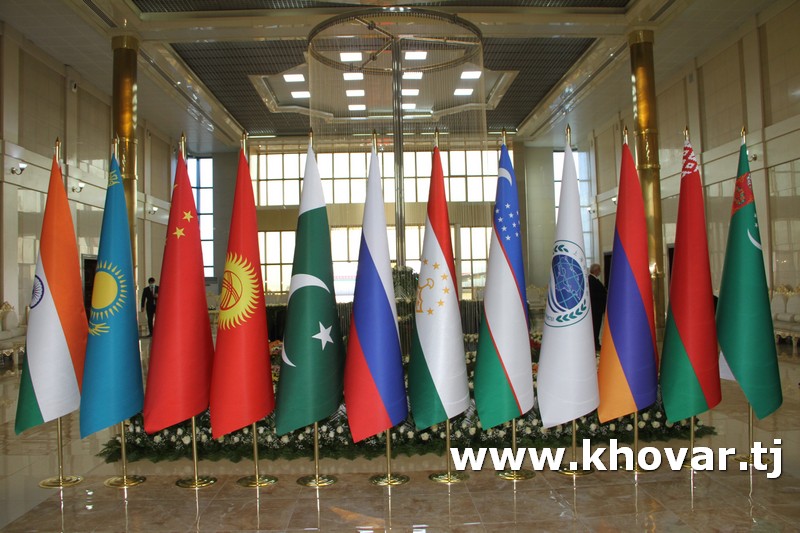 The anniversary of the Shanghai Cooperation Organization opens in Dushanbe today. The leaders of the member states will discuss both the activities of the association celebrating its 20th anniversary and pressing world problems, including the pandemic and the situation in Afghanistan.

This is the second international summit in Dushanbe over the past two days. Yesterday, on September 16, a meeting of the heads of state of the Collective Security Treaty Organization (CSTO) was held in the capital of Tajikistan. Today, in addition to the SCO summit, a joint meeting of the leaders of the CSTO and the Shanghai Cooperation Organization will also take place for the first time.


Summit format and its participants

The guest of honor at the current SCO summit will be President of Turkmenistan Gurbanguly Berdimuhamedov, UN Secretary General Antonio Guterres and heads of regional organizations will also take part in the meeting. Afghan representatives will not attend the Dushanbe meeting.

Unlike last year's meeting of the SCO Heads of State Council, which was held by videoconference due to the pandemic, the current summit will not be held entirely in absentia - many leaders arrived in Dushanbe in person, but some of their colleagues had to refuse to travel to the capital of Tajikistan. In addition to the Russian President, the leaders of India, China and Mongolia, as well as the UN Secretary General, will participate in the meeting via video link.

The SCO summit will traditionally be held at Kokhi Navruz. This year the event will take place in one of the most beautiful halls of the palace - "Zarandud". Here today the official program of the summit will begin with a welcoming ceremony for the heads of delegations by the Founder of Peace and National Unity, the Leader of the Nation, President of the Republic of Tajikistan, respected Emomali Rahmon. The capital of the republic, hosting the summit, was carefully prepared for representative events: thousands of additional flowers were planted, banners were placed welcoming guests, and unprecedented security measures were introduced.

Topics discussed at the summit

One of the central themes of the summit is the situation in Afghanistan, where power after the withdrawal of US troops and its allies was seized by the radical Taliban movement *. This topic became one of the key issues on the eve of the meetings of the President of Tajikistan Emomali Rahmon with his Uzbek counterpart Shavkat Mirziyoyev, as well as with the Foreign Ministers of India and China - Subramaniyam Jaishankar and Van I.
The pandemic will also become one of the key topics on the agenda of the SCO leaders' meeting. They are expected to consider joint steps to address the aftermath of the covid crisis.

Taking into account the anniversary character of the summit, it will, of course, discuss the results of the organization's activities over 20 years, the state and prospects of multilateral interaction. On the agenda is a possible expansion of the "SCO family": as NIAT "Khovar" previously reported, the leaders are expected to agree to launch the procedure for including Iran in the number of full members of the SCO. Thus, the number of member countries of the organization can grow to nine. Egypt, Qatar and Saudi Arabia may be granted dialogue partner status.

It is planned that the Dushanbe Declaration will be adopted at the end of the summit. It will sum up the results of twenty years of SCO activity. The document will reflect the assessments and position of the member countries on regional and global issues, as well as determine the fundamental directions of the organization's work in the near future.

In addition, it is planned to approve planning documents to combat the three "forces of evil" (terrorism, separatism and extremism), ensure international information security, implement the Anti-Drug Strategy, and further develop trade and economic relations in the SCO space. It is expected that a plan of joint measures to overcome the negative socio-economic consequences of the pandemic, the concept of the SCO economic forum, and the organization's "Green Belt" program will be approved. It is planned to adopt a statement on food safety.

The leaders of the countries are expected to approve the candidacy of China for the post of secretary general of the organization, the candidacy of Uzbekistan for the post of director of the executive committee of the Regional Anti-Terrorist Structure (RATS), as well as the consolidated report "SCO - 20 Years: State and Prospects." At the ministerial level, it is expected to sign agreements on cooperation in the field of work with youth, in the field of protection, preservation and restoration of historical monuments and cultural heritage sites, as well as a memorandum of cooperation between higher and secondary specialized educational institutions of culture and art.

As NIAT "Khovar" reported, in the final part of the meeting, the organization's anthem should be played for the first time under the arches of a unique architectural structure in Asia - "Kohi Navruz", which was agreed upon at the initiative of the President of the Republic of Tajikistan, respected Emomali Rahmon. The author of the SCO anthem is People's Artist of the Republic of Tajikistan Amirbek Musozoda, Chairman of the Union of Composers of Tajikistan. The first performer of the SCO anthem is the Russian State Symphony Orchestra of Cinematography. Conductor - People's Artist of Russia Sergei Skripka.

The SCO summit in Dushanbe will complete the chairmanship of the Tajik side, then it will pass to Uzbekistan. The meeting will end with an official reception hosted by the President of Tajikistan in honor of the heads of state participating in the summit.

It is also planned to hold a general meeting of the heads of state of the SCO and CSTO. The leaders will conduct a thorough exchange of views on the situation in Afghanistan, the need to coordinate actions between the SCO and the CSTO on settlement in and around Afghanistan to ensure stability in Central Asia and the surrounding region.

The leaders are expected to confirm their interest in developing cooperation in various fields, primarily in the field of security, at the meeting.

AFGHANISTAN, PANDEMIA, SCO RESULTS. These are the main topics of the 20th anniversary summit of the Shanghai Cooperation Organization, which opens today in Dushanbe.