A terrorist has no nation, no faith, no Homeland in his essence! 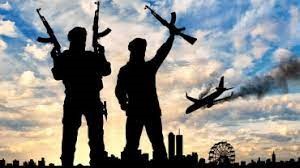 Terrorism and extremism, as anti-crisis phenomena, draw peace and acquire more and more diverse forms. In the current conditions of the global political situation, its accelerated changes and transformations, there will be an increasing expansion of interstate and interreligious conflicts, as well as an organized increase in cross-border threats to the vulnerability of communities. Recent world events, such as the further aggravation of the situation in the Middle East, Asia, North Africa, Europe and other regions of the world, show that terrorism and extremism have become the primary threats to the modern world. Such a negative phenomenon of the century, that is, terrorism and communion can attach greater importance to the fate of every nation on the planet, a real threat. Tajikistan, as a country that has felt its mind and soul messages about these risks. In the fight against terrorism and other related threats in the international community, the Republic of Tajikistan, headed by the founder of peace and national unity-the Leader of the Nation, the President of the Republic of Tajikistan, the respected Emomali Rahmon, occupies a worthy place and an active role. Since the first years of independence, Tajikistan has built its position and to this day its proposals on world organizations and international forums related to this issue.

The founder of peace and national unity-the Leader of the Nation, the President of the Republic of Tajikistan, dear Emomali Rahmon, during his speech at the general debate of the 72nd session of the UN General Assembly on September 19, 2017, from this high rostrum, expressed concern about the events, terrible and tragic events that continue in different parts of the world, and stressed that the expansion of terrorism and extremism, armed conflict, religious conflict, organized transnational crime and drug trafficking is a serious threat to the security of countries. The Head of our State stressed that today peace and stability are the key to ensuring sustainable socio-economic development, a decent life for the people, respect and protection of human rights in every Member country of the United Nations. The countries of the world and international institutions also highly appreciated the role of Tajikistan in combating the threats of the modern world, such as terrorism, extremism, radicalism and drug smuggling. That is why the capital of our country, the city of Dushanbe, constantly hosts high-level international events related to measures to prevent the threats of terrorism and extremism and to solve such problems with the participation of reputable international organizations and institutions, a wide range of experts and politicians. In particular, in May 2018, an international high-level conference was held in Tajikistan on the topic “Countering terrorism and violent extremism”, and on May 17, 2019-a high-level conference on " International and regional cooperation in the fight against terrorism and its sources of financing, including drug trafficking and organized crime”.

The essence of our foreign policy is to establish cooperation, mutual understanding, dialogue and building mutual trust with the countries of the region, strengthening economic and trade ties with all countries of the world. To combat the threats of terrorism, extremism and drug trafficking, our republic is strengthening cooperation within the framework of regional and international organizations, bilateral and multilateral cooperation with individual countries.

It should be noted that our country has also made a great contribution to the creation of the anti-terrorist center of the Shanghai Cooperation Organization. In addition, the role of Tajikistan in the framework of the Collective Security Treaty Organization, the CIS is very effective in the fight against terrorism. In this process, the National Strategy of the Republic of Tajikistan for Countering Extremism and Terrorism for 2016-2020 was developed and implemented. The Strategy, as an important national program document, laid the legal basis for strengthening the fight against extremism and terrorism, within which most of the issues are taking into account the situation against these phenomena. The creation of special anti-terrorist units and the holding of joint military exercises is one of the other measures of Tajikistan to prevent and combat modern challenges. The dramatic event of the world, power efforts, geopolitical games and the obvious interference of some superpowers in the internal problems of other States, which is often a factor contributing to terrorist acts, proved that this phenomenon is also an important tool for achieving great goals. The same applies to not all countries and pathologies of antisocial behavior in the fight against it-neutral positions. In general, an honest and anti-human policy has damaged any fight against terrorism and requires an objective review of the strategy for combating this war of the century from all countries of the world.

Another issue that has ever warned the head of state of Tajikistan about world politicians is the use of the Islamic religion in committing terrible terrorist acts in different parts of the world. Back on December 7, 2005, the President of the Republic of Tajikistan, dear Emomali Rahmon, at an Extraordinary session of the Organization of Islamic Cooperation in Saudi Arabia, also strongly condemned the policy of Islam or strongly condemned terrorism, extremism, violence and violence, saying: “a terrorist has no borders of his nation, religion and Homeland, and is also an enemy of his slaves. In order to overcome such unfavorable actions, we must fight radical, extremist and terrorist phenomena in a close relationship, because such forces act on behalf of Islam and discredit its good name and promote the interests of the enemy and detractors of the highest Islamic culture."

Cultural contradictions in modern conditions can be one of the main factors of terrorism. Strengthening different cultures is considered an effective method of interaction and progress in the fight against ignorance and destruction. Our country considers the dialogue of cultures important in this context. Therefore, respect for the historical, cultural, spiritual and religious traditions of peoples should become the moral basis of all dialogues for the comprehensive and future generation. The purpose of this cooperation is to create conditions for peace, prosperity, hydrometeorology, and the elimination of problems in the fight against terrorism, extremism, extremism, violence, hatred and patience.

Today, the Republic of Tajikistan is widely known as an active participant in the international arena in the fight against manifestations of terrorism and extremism and supports its proposals. In the light of the creative and humanistic position of the Founder of Peace and National Unity - the Leader of the Nation, the President of the Republic of Tajikistan, the respected Emomali Rahmon, in relation to these negative phenomena, every resident of the country will take on the geopolitical trends of today's world - extremism, terrorism or understand the direct factors of state independence. To strengthen the foundations of the development of the national state, having seriously strengthened your activities in society, always be ready to fulfill the tasks facing us today.

A terrorist has no nation, no faith, no Homeland in his essence!