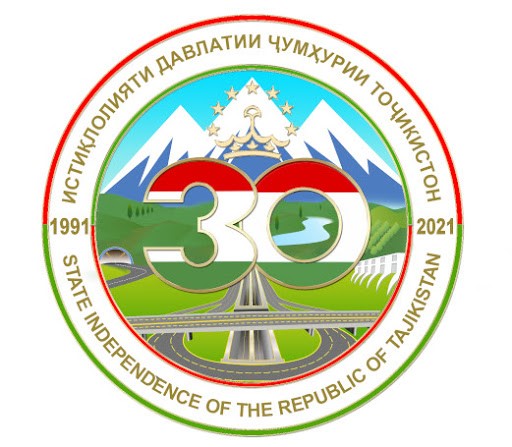 On September 9, 1991, an independent state named after Tajikistan appeared on the political map of the world. On this historic date, Tajikistan officially declared its state independence and opened a new page in the life of the Tajik nation. Dear Tajikistan has become independent. It is thanks to the state independence that the Tajik nation has achieved outstanding political, socio-economic and cultural achievements, not to mention history. During the period of independence, the achievement of energy independence, overcoming the communication impasse, ensuring food security and industrialization of the country were proclaimed strategic goals of the people and the State of Tajikistan, and thanks to the consistent implementation of these higher goals, the Republic of Tajikistan entered a new stage of development. If in the first years of independence there were only 25 small and large hydroelectric power plants operating in the country, today the number of such sources of environmentally friendly electricity production has reached 306 units, which have made an active contribution to strengthening energy independence. Currently, Tajikistan, according to the assessment of international organizations for the production of environmentally friendly electricity, ranks sixth in the world. Two units of the fateful object-the Rogun hydroelectric power plant-were put into operation, which is a valuable fruit of state independence and a steady step towards strengthening the strategic goals of Tajikistan.

Another strategic goal is to get out of the communication isolation, the greatest achievement of the Tajik people, thanks to which Tajikistan has now become a truly unified territory, to ensure the free movement of residents of all regions of the country and the transportation of goods and products in four seasons of the year. During the period of independence, more than 2,100 km of highways of international and national significance and more than 1,000 kilometers of domestic highways were built and reconstructed in the country.In 2018 alone, the construction and reconstruction of about 200 kilometers of domestic and international roads and 45 bridges were completed. At this historical stage, as a result of the construction of international highways and the connection of Tajikistan with the roads of the People's Republic of China, the Islamic Republic of Afghanistan, the Kyrgyz Republic, the opening of a railway and 16 border roads with the Republic of Uzbekistan, our country has emerged from communication isolation.

During this period, food security was protected through the development of the agricultural sector, 190 thousand hectares of land were put into agricultural circulation, and the area of household land in the country was increased by 135 thousand hectares, including 52 thousand hectares due to water lands. During the years of independence, one million 400 thousand families were allocated land for the construction of residential buildings and, on average, more than 7 million residents of the country improved their living conditions. As a result of the measures taken by the Government of the country over the past three years, the share of industry in the gross domestic product has increased from 15.2 to 17.3%. Taking into account the importance of the industrial sector in solving socio-economic issues and creating new jobs, the industrialization of the country has been declared the fourth national goal of the garda, it is necessary to increase the share of the industrial sector in the gross domestic product to 22% by 2030. Now the announcement of the country's industrialization as the fourth strategic goal makes it possible for the share of industry in the gross domestic product to grow even more, hundreds of small and large industrial enterprises were built in the country, thousands of new jobs were created, exports of industrial goods increased, the standard of living of the population is even higher.