Terrorist movements and their impact on the region 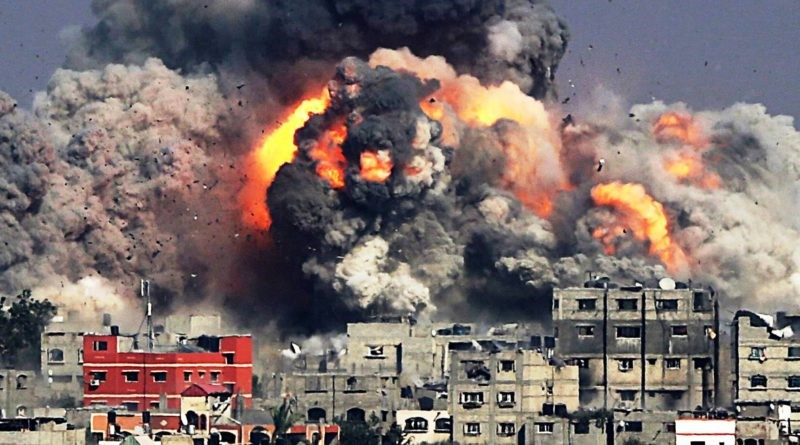 The most serious and dangerous phenomenon of the world level is extremism and terrorism at the beginning of the XXI century. Basically, these actions are carried out under the guise of indisputable slogans and religious values. The lack of security and instability in the Middle East causes serious concern and concern to many countries in the region, including Central Asia. Many riots, wars and conflicts have occurred in Muslim countries, namely, differences among Muslims, their use as a means of Islamization and religious confrontation lead to great troubles in the region. According to human rights activists, terrorism and extremism have become a global problem and pose a threat to almost all States. The refinement of the activities of terrorist organizations is constantly expanding, their activities, including in our neighboring Afghanistan, have aggravated the situation that caused the uprising and reshuffling of this people. The leadership of Tajikistan has repeatedly called on the world community to take urgent measures to ensure peace and stability in Afghanistan and to normalize its alarming and dangerous security situation as soon as possible. The current political situation in Afghanistan and the disregard of the world community for its current situation may lead to an ongoing civil war in that country.

Various factors can be pointed out, such as the low level of education and upbringing in the family, the lack of sufficient religious education, as well as economic and social problems, unemployment, which, under the influence of such parties and movements, put young people. One of the other factors contributing to terrorist groups and extremism is the involvement of young people in the modern period through the Internet in their spirit. With the development of modern technology, it is difficult to get in front of extremist ideas and radicalism. Therefore, awakening the thinking of the younger generation, we are obliged to pay special attention to the education of the younger generation and youth, without becoming a neutral status, extremist fans and their followers who are fighting Islam should explain to people on the basis of fundamental arguments and figures of prejudice, because millions of people leave their place in a terrorist situation due to adverse actions. In recent years, the issue of combating terrorism in world politics has become relevant. Most politicians recognize terrorism as an unethical and dangerous threat to modern States. The emergence of this social phenomenon also has a very long history. Studying the phenomenon of extremism and especially terrorism is very difficult, but it is obvious that terrorism is violence and violence, and in the case of these undesirable actions innocent people suffer. Militants executed two Tunisian journalists abducted last year in Libya, according to representatives of the Libyan authorities. They look to the light in the Islamic religion because of the paganism of war and politics. Terrorist attacks-terrorists recognize that terrorism is a cruel treatment, and, unfortunately, the forces acting on behalf of the world religion and opposing the killings. Islam, as a traditional and cultural religion, prohibits extremism and intellectuals, establishes certain behavior, a sense of dependence and a perception of obligations. This has nothing to do with terrorism. In this sense, the President of the Republic of Tajikistan, during his speech at the third session of the Organization of the Islamic Conference in Mecca, December 7, 2005, said: "A terrorist has no nation, religion and Homeland in his origin, and is an enemy of God and His slaves...Such forces act on behalf of Islam, spreading its good name and subordinating the interests of enemies and the pious in the highest Islamic culture."

It is obvious that no State can afford the threat of terrorism. Therefore, all countries of the world should work together in the fight against terrorism. If we translate the course of terrorism and the leaders of extremist and terrorist organizations, we see that they often belong to families of rich and spiritual growth, then terrorist attacks are practiced from a social environment influenced by poverty and injustice. During the meeting, the sides noted with satisfaction the strengthening of bilateral cooperation between the countries and the expansion of mutually beneficial economic and trade cooperation. Fortunately, the Founder of Peace and national Unity, the Leader of the Nation, the President of the Republic of Tajikistan, dear Emomali Rahmon, is making efforts to preserve peace and tranquility in the country and ensure decent living conditions for residents of the republic. In this regard, the Tajik people need to support the policy of the leader of the nation, to educate the future of the people and the nation in the spirit of patriotism, honesty, humanism, political peacefulness. Every citizen of the Republic of Tajikistan, especially young people, should always be vigilant for the security of the country.

S. A. Taibov - Head of the Information and Public Relations Department

Mukhidinova M. - Specialist of the Department of Information and Public Relations

Terrorist movements and their impact on the region