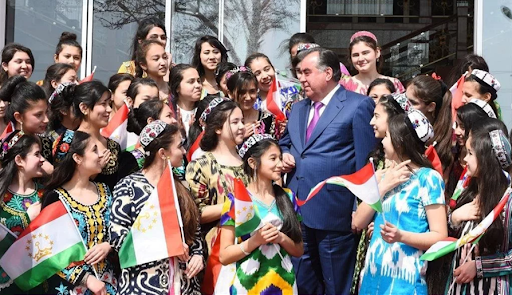 The formation and socio-economic development of independent Tajikistan required serious reforms in the field of education and the training of highly qualified personnel. Considerable work has been done in this direction. The founder of peace and national unity, the leader of the Nation, the President of the Republic of Tajikistan, dear Emomali Rahmon, has repeatedly stressed the very important role of education in the restoration, strengthening and development of independent Tajikistan. Despite the presence of large socio-economic problems, from the first years of independence, paying special attention to the field of education, it attaches this priority direction. The policy, goals and objectives of the State and the Government of the Republic of Tajikistan in the field of education were specified in regulatory legal acts, and since the first years of independence they have been specified in the documents of the poverty reduction strategy, the state Concept of education and upbringing reform, the education reform plan and other adopted programs of the industry.

Since the first days of independence, the Government of the Republic of Tajikistan has consistently made efforts to involve women and girls more and more in public and political life, to ensure their active participation in public administration, to increase the level of education of women and girls, especially women and girls in remote and rural regions.

Attracting local girls, especially from remote mountain regions, to educational institutions of higher professional education was one of the important directions of the state's personnel policy. Since the period was covered, there were almost no girls in the classrooms of higher professional education institutions from remote and mountainous regions. Therefore, on behalf of the Leader of the Nation, on the basis of the Decree of the President of the Republic of Tajikistan dated December 3, 1999 "On measures to improve the status of women in society " and the state program " Main directions of State policy to ensure equal rights and opportunities for women and men in the Republic of Tajikistan for 2001-2010 " in order to attract rural girls of the Republic to higher educational institutions and protect their scientific work, thereby equal to the spread in mountainous areas by the decree of the Government of the Republic of Tajikistan dated April 19, 2001 " On streamlining in higher schools of the Republic of Tajikistan according to the presidential quota for 2001-2005" were accepted. Despite the fact that before this decision was made, since 1997, on the instructions and parting words of the President of the country, this work had already been established, it was designed and ordered, and this good tradition still continues, thousands of local girls received knowledge, education, profession, made a worthy contribution to the development of the social life of the country, especially locally. According to the presidential quota, girls from cities and remote mountainous regions of the country are enrolled in institutions of higher professional education, primarily in specialties necessary for various sectors of the economy of these regions.

Girls studying in institutions of higher professional education under the presidential quota also take an active part in public works of educational institutions, in the cultural and educational life of cities and districts. According to the President, graduates of educational institutions of higher professional education are already working in various sectors of the country's economy and, because of their high professionalism, have even become leading and authoritative. This statement indicates that the president of the country should not travel to any cities and districts, girls studying on a quota, who have mastered the owner and educated people, necessarily express their gratitude. Especially, the girls of Rasht and Sangvor districts, Tojikobod, Lakhshu Roshtkal, Darvoz, Murghab, and other cities and districts, who, due to a shortage of doctors, declare that it is thanks to the allocated quota of the president of the country, favorable conditions and educational environment have been created. They certainly work conscientiously in various areas of their local economy, most often in the fields of education and health, and contribute to the education and health of society.

It should be noted that favorable conditions have been created for girls studying under the presidential quota. All girls from remote areas are provided with a seat in well-equipped dormitories. Also, under the Ministry of Education and Science of the Republic of Tajikistan, an educational center for women's affairs "Sarvar" has been established under the Committee for Women and Family Affairs under the Government of the Republic of Tajikistan, a state institution " The light of guidance", which covers girls from remote cities and districts, especially orphans and from poor families. These institutions are funded and supported by the United Nations Development Programme and other organizations and make a significant contribution to the development of girls' literacy. Favorable conditions have been created for studying and upbringing, girls receive additional lessons at special courses for learning foreign languages and computers, form and develop in the world, as well as future leaders in various spheres of production and public life.

Also, on behalf of the Government of the Republic of Tajikistan, in order to encourage girls who have entered educational institutions of higher professional education under the presidential quota, local executive bodies of state power of the region, cities and districts to a certain extent bring scholarships and other material benefits.

c.m.s, Chairman of the Council of Women and Girls